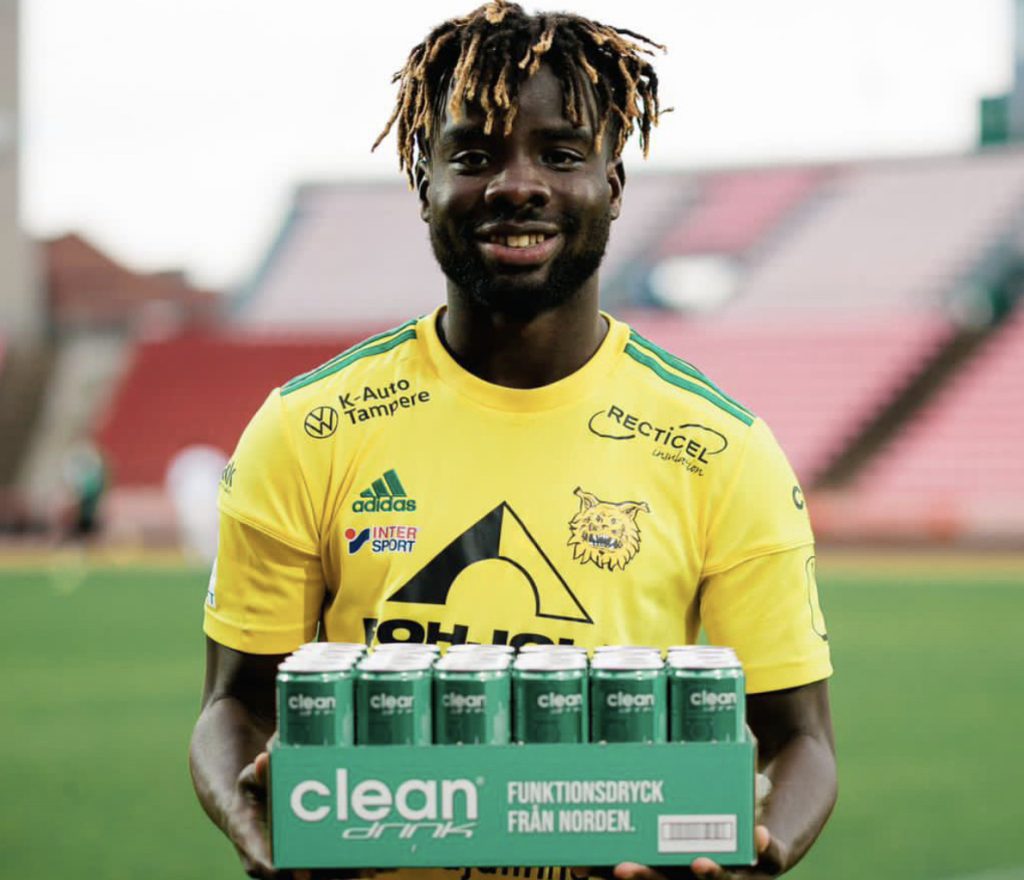 Eric Oteng with his Player of the Month award
Share

Midfielder Eric Oteng has been crowned Player of the Month for September at Finnish top-flight side Ilves.

The 20-year-old had a fruitful outcome in three matches where he scored two goals.

Oteng’s first goal of the month was in the 3-2 home defeat to VPS in the Veikkausliiga and in that game he opened the scoring.

His contribution earned him the man of the match award.

Oteng repeated the dose in the next fixture at HIFK where he scored in the 5-1 away victory and was once again picked as Man of the Match.

He is on three goals in ten league appearances so far.