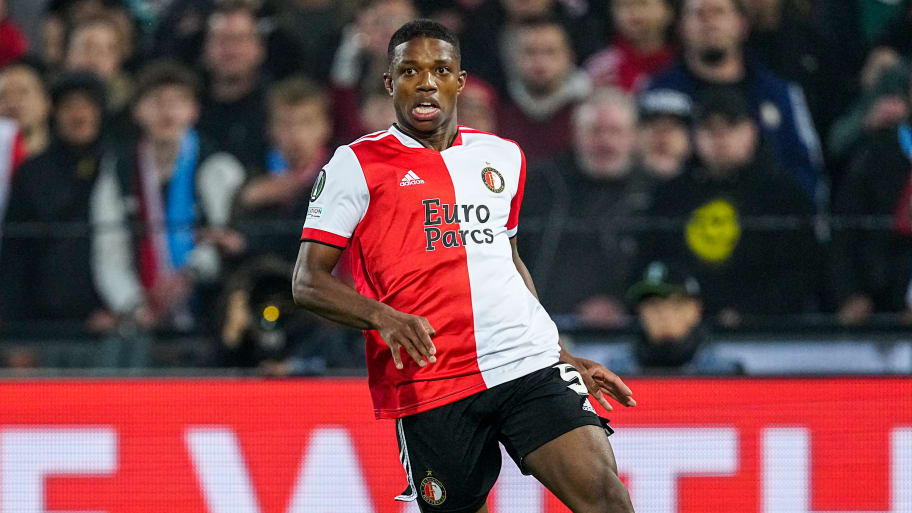 Incoming Manchester United manager Erik ten Hag is said to be targeting a move for Feyenoord left-back Tyrell Malacia as his first signing for the club.

The current Ajax boss has a massive rebuilding job on his hands when he lands in the Old Trafford dugout, with their at times calamitous defending being one of the first things that needs rectifying.

The Mirror claim Malacia could be brought in to improve that department with Ten Hag identifying him as a target. They say the 22-year-old may be available for £20m in the summer.

United sent scouts to watch the left-back during Feyenoord's recent 3-2 victory over Marseille in the first leg of their Europa Conference League semi-final tie on Thursday.

If Malacia were to be brought in, it would cast doubt on the futures of Luke Shaw and Alex Telles - the two full-backs currently battling it out for a spot on the left side of United's defence.

The United squad is split on the appointment of Ten Hag, 90min understands, with concern over current interim boss Ralf Rangnick's growing influence at the club.

Listen now to 90min's Manchester United podcast, The Promised Land, with Scott Saunders & Rob Blanchette. On this week's show they discuss Ralf Rangnick's future as Austria boss & United consultant, as well as if the club should be looking to build around Cristiano Ronaldo.

Among United's other transfer targets is West Ham midfielder Declan Rice. 90min understands the Red Devils are ready to break their transfer record to land the England international and make him the summer's marquee signing. However, both Manchester City and Chelsea also have designs on the 23-year-old.

The midfielder recently spoke about the speculation regarding his future, saying he does not pay too much attention to the discussion.