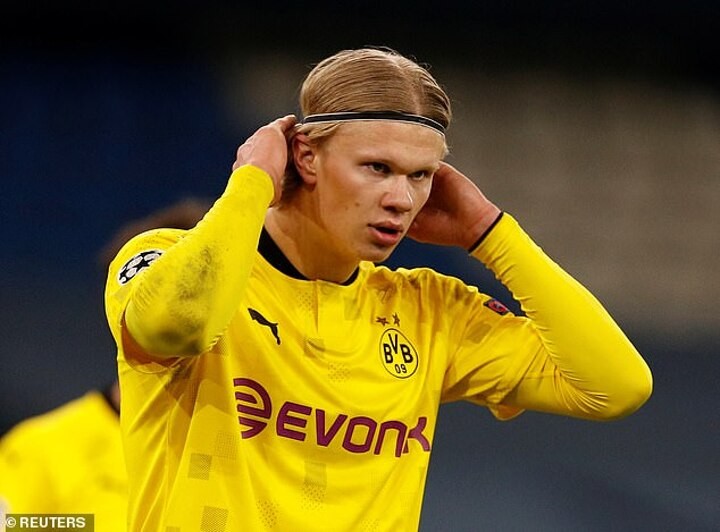 Bayern Munich are confident they will land Erling Haaland next summer if he stays at Borussia Dortmund for one more season.

The Norwegian forward is wanted by all Europe's major clubs, including Manchester City, though Dortmund insist they have no plans to sell the 20-year-old. That is unlikely to deter Haaland's admirers, though, with offers in excess of £100m anticipated at the end of the campaign.

Next summer, however, Haaland is available for about £65million due to a clause in his contract and Sportsmail understands Bayern believe they can win the race for him under those circumstances, as they seek the long-term heir to Robert Lewandowski, who turns 33 in August.

The prospect of losing another key player to their great rivals would be painful for Dortmund fans, who have already seen Lewandowski, Mats Hummels and Mario Gotze move to Bayern while in their prime.

Indeed, the spectre of Haaland in a Bayern shirt from next summer may prove a key card in the hand of Haaland's agent Mino Raiola during negotiations.

Haaland is admired by City boss Pep Guardiola but will attempt to extend his barren run in the Champions League on Wednesday.

Guardiola has not lifted Europe's major club trophy as a manager since leading Barcelona to the second of his two titles in 2011.

'We also want him to stay with us, to score goals next year with conviction. There is no alternative plan.'