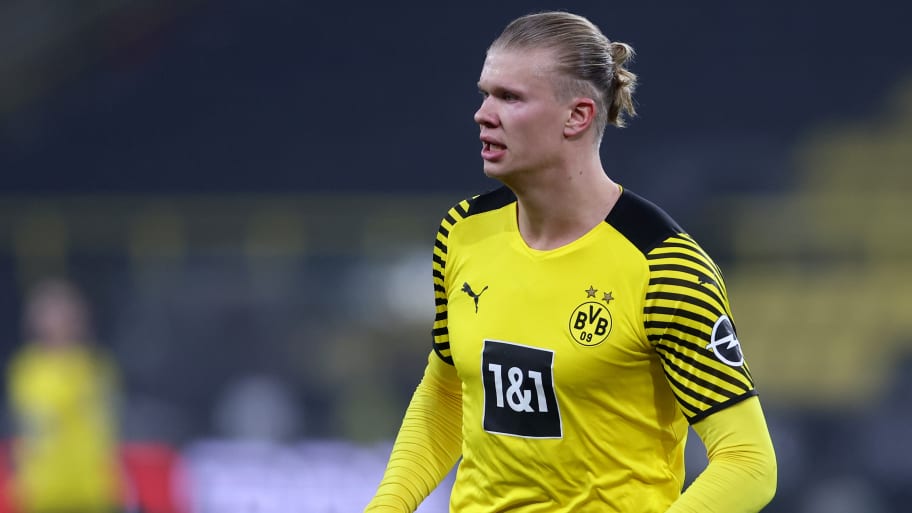 Erling Haaland has revealed Borussia Dortmund are 'pressuring' him into making an immediate decision on his future.

Haaland is being heavily pursued by all of Europe's elite ahead of a likely summer exit, with an estimated £63m release clause piquing the interest of Real Madrid, Manchester City, Chelsea, Bayern Munich and Barcelona, among others.

Dortmund have not yet given up hope of convincing Haaland to stay and have offered to make him their best-paid player ever, but he is yet to respond to that offer.

He continued: "They have started to put a lot of pressure on me and I have to accept that. I have chosen not to say anything out of respect for the club and the fans, but now there's a lot of pressure coming from the club, so now is the time to get things started.

"[A decision now] is what they want. It means that things will happen now.

"I have said from the beginning that I want to focus on football, because that is when I am at my best. Not when I've got other things on my mind. They've been putting pressure on for a while, so it's time to get things started."

When asked when he would prefer to make a decision, Haaland said: "Not now. We are in the middle of a difficult period with a lot of games. All I want to do is play football, but I can't do that now."

Haaland's comments found their way to Dortmund executive Hans-Joachim Watzke, who downplayed the idea of a spat between the two but confirmed that the club do not plan to wait much longer.

"He is a spontaneous person, a young lad. He's allowed to [speak out]," Watzke told Ruhr Nachrichten. "There is no problem with Erling. But he must also have some understanding for our situation. We can't wait until the end of May."

This article was originally published on 90min as Erling Haaland: Borussia Dortmund pressuring decision over future.