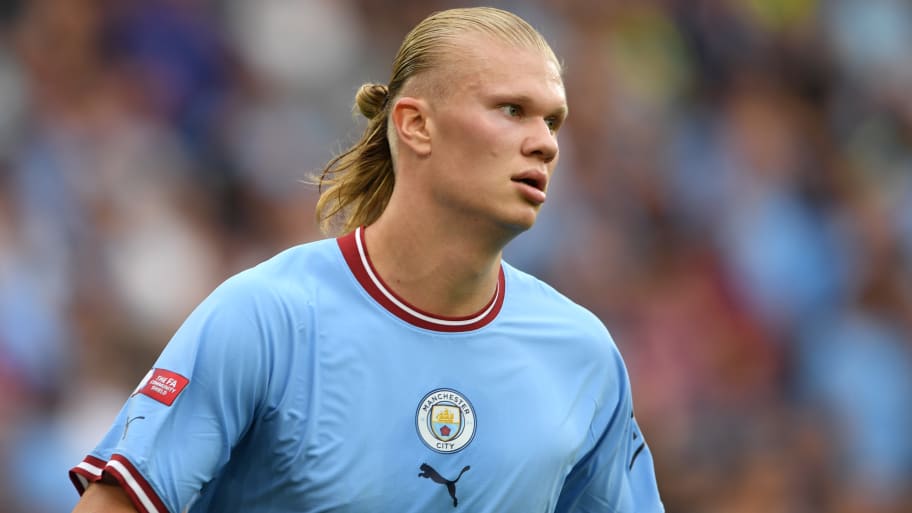 Manchester City striker Erling Haaland says his late miss against Liverpool in the Community Shield will act as motivation ahead of his side's Premier League opener against West Ham.

The Norwegian could have grabbed a late consolation in City's defeat to Liverpool last weekend, but he contrived to miss from six yards out with the goal gaping.

However, the 22-year-old insists he is not dwelling on the opportunity and instead says he will channel it into a positive.

"When I look back, it’s like, ‘How can you miss there?'" he told The Athletic. "But, you know, this will probably happen to me again. That’s football. You say you didn’t sleep well and I never sleep good after games.

"But it’s kind of motivation, to score or to do something in the next game. It’s the same when you score two goals - ‘Ah, I want to do it again!’

"So actually, no matter what happens it’s motivation and that’s what’s good about it. But, of course, it is not a good feeling! It’s the worst feeling ever!"

Haaland also explained that it's important not to allow disappointment to linger as a striker, citing his 'hunger' to score goals.

"As a striker, I think it’s really important that when you’re in the game to not think too much," the Norway international added.

"You have to go into the game with the same mentality. And so I think about not thinking too much about it.

"Maybe it’s to be ready because you know you will get chances. It is about being ready for the next action and not thinking of the last one.

"Because you never know when you can get the ball - a cross, a deflection, a rebound. The next situation is really important."

This article was originally published on 90min as Erling Haaland vows to use Liverpool miss as 'motivation' in Man City career.