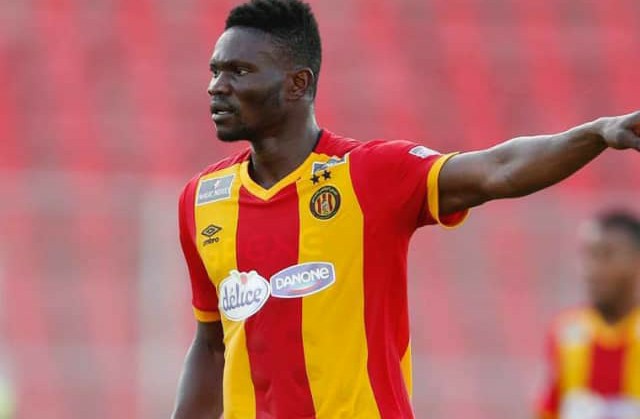 Esperance midfielder Kwame Bonsu could be affected by a new Tunisia FA law which imposes five Tunisia players in the starting XI from start to finish in the new season.

The decision by the Tunisia federation is a massive blow for the Blood and Gold who boasts as many as 13 foreigners.

The foreigners including former Asante Kotoko midfielder Kwame Bonsu have been an integral member of Moïn Chaâbani's side.

The new law will affect several foreigners in the Esperance team including Ghanaian midfielder Kwame Bonsu.

The Tunisian Federation decision will put Esperance in front of the inevitability of reducing the number of foreign players.

The repercussion of the coronavirus will require many Tunisian clubs to review contract of their players especially foreigners to overcome the stifling financial crisis.

The aim is also to boost the number of homegrown players following the large number of recruits made by clubs last season to bolster their squads due to the hike in prices and rarity of talent in the local market.

Most of the big guns like Esperance, Club Africain, Etoile du Sahel, CS Sfaxien have been relying on their financial muscles to lure overseas talents to compete on the local and continental levels.

This situation has come under criticism, seeing that it has restricted opportunities for homegrown players to play at a top level domestically and has also drastically affected the national team, which relies on the Premier League to pull from.