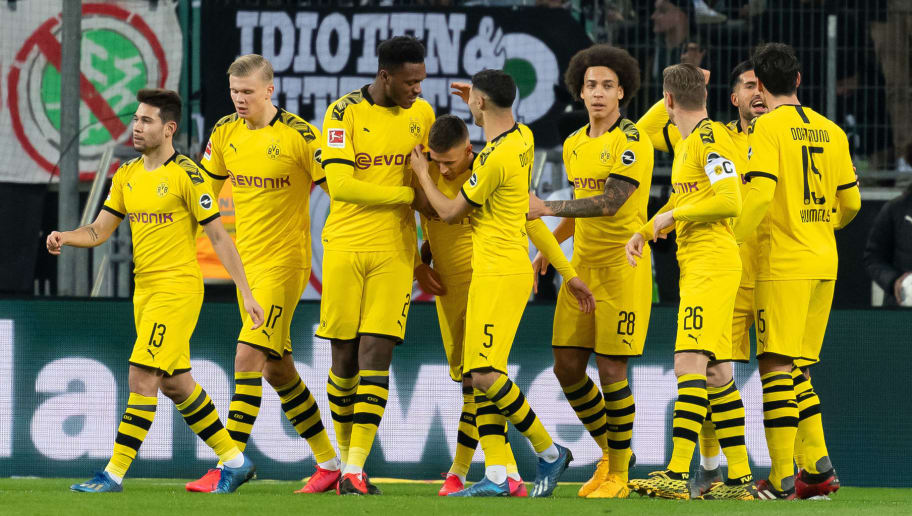 Dortmund are one of the top teams in Germany
Share

Borussia Dortmund or Dortmund is a professional sports club based in Dortmund, north rhine-Westphalia. This group was founded 110 years ago on 19 December 1909. 18 Football players contributed to the foundation of this football club and from that day till they come up with a lot for all the football fans.

Apart from everything, if you are a die-hard fan of the Dortmund football club, you will have landed on the right page. Here we will be going to discuss the parameters or say aspects that make them gain a lot of popularity all around and let them maintain a place in the heart of all the football fans.

No one can break the records maintained by them. Every year or you can say in every season of football, maintain a record that everyone can appreciate. Moreover, during the game, the player with most appearances show up and also play the game in a manner that is a one-time opportunity for them.

When it comes to looking at the history of the Dortmund football club, you will get astonished to know that they started with 18 members only. But now they are more than available with 145000 members. Every year thousands of people become part of the group and get the opportunity to support them. In the early years, they were not that famous, but after gaining fame, they became the best ones to consider.

The strategies which they adopt during the game play are unbeatable. The head coach and President discuss the things in detail and then concluded. Before telling the strategy to the players, the head coach analyses everything in detail and then further discuss it with them. All the players so experience in their game that if they are forgotten about anything, they come up with the best result only.

Not only providing money to the players, but the Borussia Dortmund also raise money for charity. For multiple reasons, they raise the money and then help others so that they can easily deal with the ongoing situation. In 2011 when Japan was collapse by earthquake and Tsunami, then they also supported them. Without having any meaning behind the same, they supported them so that Japan will be able to stand again.

No one can forget about concluding the honor they have. In domestic, European, international, and regional, they have the honor available, which let them hit among the top winners.

It is quite interesting to see that every year or every season, whenever they take a step toward the game, they develop a successful strategy that lets them earn more honors.

Team as an individual:

It is quite interesting to notice that the team as an individual as well as the best team to consider. Basically, as an individual, they are very kind-hearted and also support all those who are in need. Apart from being in-game, when it comes to letting others know about the strategies, they also support them.

They discuss the game play in a manner that people will be able to understand about it in detail, and if they wish to adapt to the same, then also they can easily do it. Without having the mean thought in their mind, they support others and let them maintain the place easily. Also, they train the newbie in the same manner as they got the training earlier.

On the other side, one should know that there is a lot available for you to explore the Borussia Dortmund. If you feel like something is missing and you wish to know something more about it, let us know in the comments section below.

We will get back to you with something more about the Dortmund football club so that your knowledge will get polished about them, and you will not feel disappointed in any case.