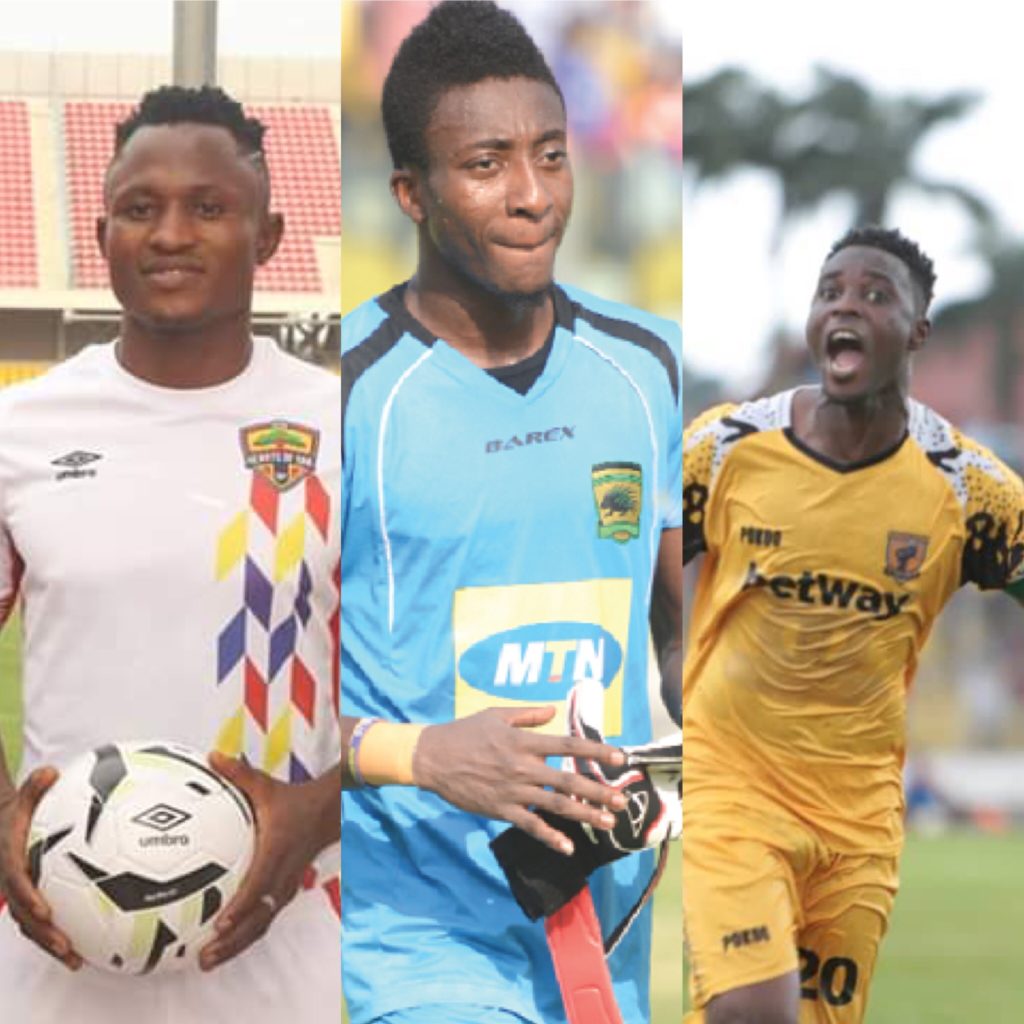 Joseph Esso, Felix Annan and Shafiu Mumuni have been nominated for the Ghanaian Footballer of the Year Award by the Sports Writers Association Of Ghana (SWAG).

The Ghanaian trio nominated have been remarkable  in the year 2019 for their respective clubs and national teams.

Joseph Esso was Hearts of Oak top scorer during the Normalisation Committee Special Competition. Esso had a good tournament at the 2019 WAFU Cup of Nations in Senegal where he made it into the team of the tournament.

On the part of Shafiu Mumuni, he won the Golden boot at the 2019 WAFU Cup of Nations as well as bagged a hat trick in AshantiGold’s CAF Confederation Cup campaign against Akonangui club.

He has been the consistent local player to be called into the Black Stars squad in recent times.

Annan was instrumental for the Porcupine Warriors during the Africa Club campaign.