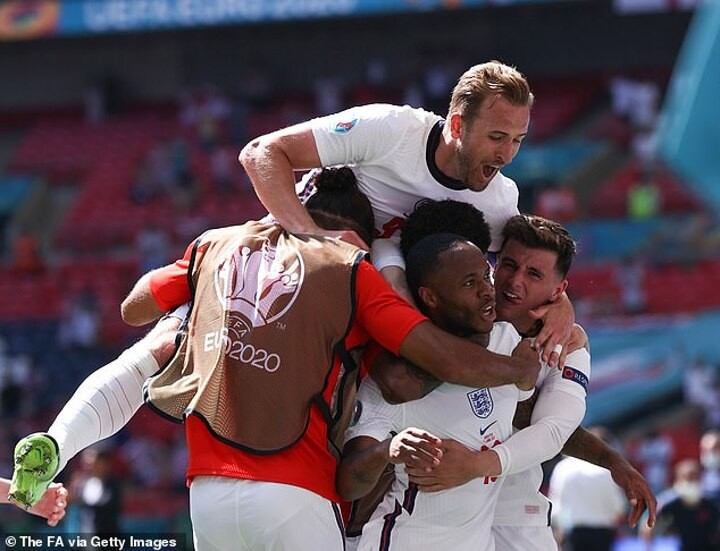 Given some of the reaction to England’s opening win against Croatia, I thought at one point that people were talking about the 1966 World Cup final against West Germany.

Well done, England. It was a deserved win and a professional performance. I am sure Gareth Southgate would have been very happy. But don’t tell me it was a ‘wow’ performance because it wasn’t. I would say it was about 7/10. Scotland have no reason at all to feel this is an impossible job tonight.

These games can be emotional. Make no mistake. We drew 2-2 with England when I was manager in 2017 and were 2-1 up before Harry Kane got us in stoppage time. I was shattered afterwards.

I knew beforehand that if we got heavily beaten I could lose my job. So I had that swirling round my mind. When we took the lead, if I had been allowed to sprint all the way over to the England fans then I may have done. That’s what adrenaline does to you.

Scotland must find that balance tonight. In that 2017 game I sent on Chris Martin and told him to go and annoy the England players. He did. He won two free-kicks and Leigh Griffiths scored from both.

There is nothing wrong with that approach. Set pieces are one area where Scotland can still be the equal of England as they have height in the team.

In terms of the physical approach to a game like this, when I played it was different, another level entirely.

There would be 90,000 people at somewhere like Hampden all absolutely manic to beat England. It was bedlam, but it is different now. Players can’t do what the likes of Graeme Souness, Norman Hunter and Billy Bremner did in those games, which was essentially to go and intimidate each other. Tonight it will have to be more subtle.

But some things don’t change. Do the English have a superiority complex towards the Scots? I have no idea.

In my day as a player, we met every May in the Home International fixtures. Those games against Wales and Northern Ireland and England came at a bad time as you were always shattered at the end of a 60-game season. But for us it was all about the England game. That was the only one that mattered.

When I played my first one I was a young player at Aberdeen. I looked at players like Trevor Brooking and Ray Wilkins in the tunnel and thought, ‘Blimey this could be a long day’.

But that didn’t last long. We had some very good players back then. We had European Cup winners in our team. We thought we were as good as England, if not better.

On Friday night it’s different. England have better players through the squad. It will be interesting to see if Steve Clarke packs his team with Premier League players to take away that fear of the unknown. As soon as we see Steve’s team-sheet we will know the way he is approaching this game.

England have very good players. Kane is the best centre forward in the world and, if he wanted to, could also be one of the very best No 10s. It makes me laugh to hear talk that England may go without him. Really? Don’t be ridiculous.

Elsewhere I am just hoping Jack Grealish doesn’t play. As a football fan I love watching him. He is clever and strong and can see passes as he runs.

I don’t buy the claim that he dives. He doesn’t. He is so difficult to stop, he just gets fouled. I am praying he spends the night sitting on the bench enjoying the game. Then we may enjoy it a bit more too!

Steve’s tactics will be interesting. It would have been more straightforward had we got something from our first game. Does he go for a goal and play with a second striker, or does he stay solid? He probably has two or three big selection decisions.

I pray that Kieran Tierney is fit. That’s huge for us. Scotland without Tierney is like England without Kane. A draw keeps Scotland in the tournament. It is certainly not beyond them.