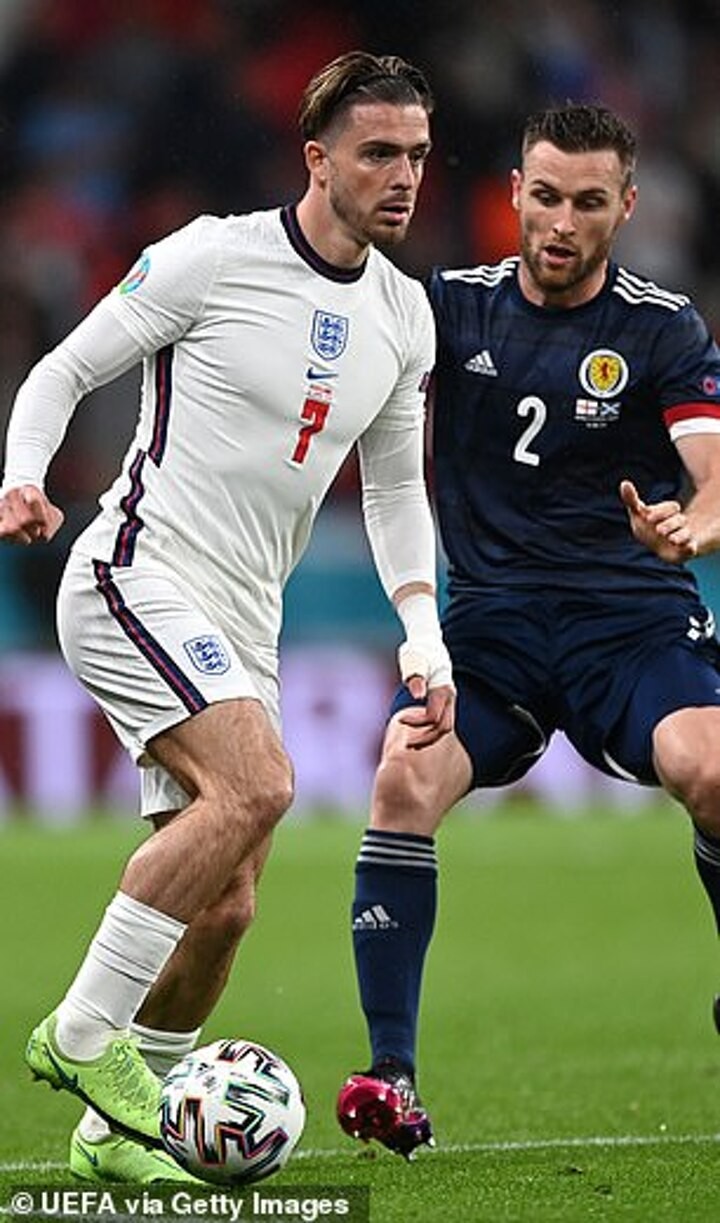 Jose Mourinho has urged England to 'go for the jugular' against Czech Republic at Wembley as the former Manchester United, Chelsea and Tottenham boss revealed who he thinks should start for the Three Lions.

Harry Kane has struggled in attack and has been substituted in both games but given boss Gareth Southgate has confirmed the Spurs star will start once more, Mourinho wants to see the supporting cast around him freshened up.

Speaking to talkSPORT this morning, Mourinho said: 'I'm pretty sure if Harry Kane has three chances, you will get two goals.

'People talk about strikers missing chances, Harry hasn't missed chances in this tournament… [he hasn't had any].'

The pair worked together at Tottenham and Kane proved devastating in Mourinho's side, often dropping deeper to turn provider for team-mate Son Heung-min.

In the England set-up he is being asked to stay further forward and Mourinho wants to see Aston Villa's Jack Grealish come in for his first start of the tournament to play off Kane as a No 10.

There has been growing demand for Grealish to be handed his first start at Euro 2020 and Mourinho has revealed he would select the 25-year-old ahead of Chelsea's Mason Mount for Tuesday night's match.

Mount was forced to self-isolate on Monday as a precautionary measure after he was a close contact of Scotland's Billy Gilmour, who tested positive for Covid-19 on Monday.

But for Mourinho, the big plus about Grealish is that he 'does not hide' when others play with fear.

'He can make his mistakes, he can lose the ball but he doesn’t hide.

'He wants the ball. I don’t know if he vocally says ‘give me the ball’ but if he doesn’t he does it by body language. Against Scotland, in the last ten minutes he got two or three free-kicks, he got the team up, he tried, he got kicked, he created stability.'

Further renovation of the midfield would see Mourinho install Marcus Rashford into one of the two wing positions in place of Manchester City's Phil Foden.

The other move would see Borussia Dortmund's Jude Bellingham brought in in place of Leeds' Kalvin Phillips.

'To leave Phil Foden out or Phillips out is not me saying, "I'm not happy with you and you will not play again", it's just natural in a tournament,' Mourinho explained.

'Every game is different. In the next match if you play against France, Portugal or Germany, you have a different approach.'

England sit second in Group D heading into the final round of matches and know they must win on the night to secure top spot.

The game has lost some of its edge with both already certain to qualify because Finland and Ukraine both finished third in their respective groups with three points. Four of the six third-placed teams will progress to the last-16.

For Mourinho, as much as the result is important for England, the key is 'confidence' going into the knockout stages, particularly after the souring of the national mood in wake of the draw against Scotland.

Getting the best out of Kane is central to England's plan heading into the trickier knockout games and for Mourinho it all hinges on greater 'creation' from those in midfield.

'You need more creation and one of the two midfield players not to be positional and have the possibility to arrive in creation areas and the last third or finishing areas,' he concluded.

'I also believe the dynamic of the attacking players and connection with the main striker has to improve. Honestly, I do not think it’s the coach telling them to have a certain bravado or certain game plan.'

England's entire 26-man squad training as normal on Monday but Southgate is still waiting to hear if Mount and Chilwell will be eligible for selection following their admission into self-isolation.

The Football Association have been engaged in discussions with Public Health England overnight to ascertain if both players are required to enter a 10-day period of isolation due to being deemed a 'close contact' of Chelsea team-mate and Scotland midfielder Gilmour.