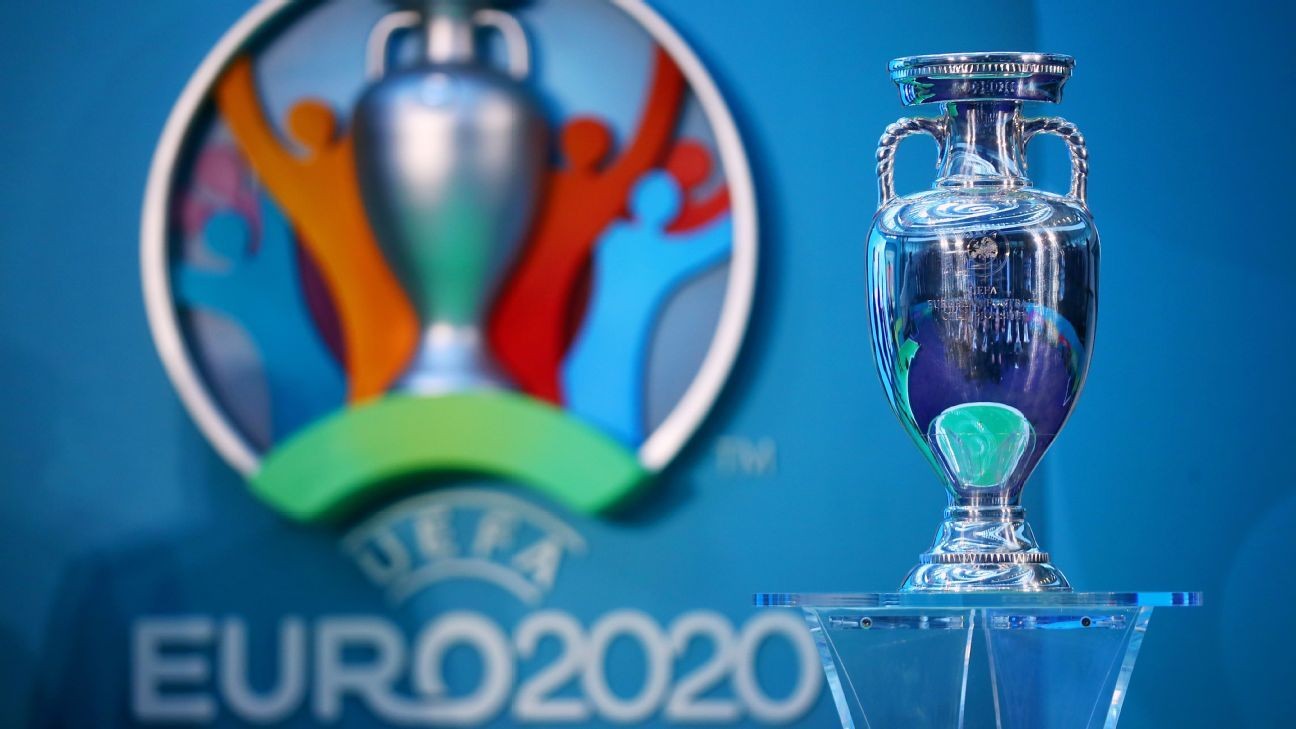 Euro 2020 was postponed last year due to the ongoing coronavirus pandemic. Photo by Dan Istitene/Getty Images

UEFA's COVID-19 chief says there is no question of June's Euro 2020 tournament being cancelled or postponed and that fans could yet be allowed to travel internationally to the games.

The tournament was postponed last year due to the ongoing coronavirus pandemic and rescheduled for June 11-July 11 this year. "There is no way the Euros will not happen, they will happen," Dr Daniel Koch, UEFA's medical advisor on Euro 2020, told Reuters in an interview. "There is no worst-case scenario, there are realistic scenarios and best-case scenarios," he added.

Koch, the former head of communicable diseases at Switzerland's Federal Office of Public Health, said UEFA will make a decision in early April on the suitability of venues and planned capacities after consulting with the 12 host countries.

But he said the confederation would keep the option in place to allow for fan numbers to be scaled up should the situation allow.

UEFA has asked the 12 host nations to provide their plans for stadium entry and other issues. The governing body last year outlined four operational scenarios -- for full stadiums, 50-100% capacity or 20-30% capacity and games behind closed doors.

Asked about the likely percentage of stadium capacity that could be allowed in venues, Koch said: "I think it is much more than we imagine. In the autumn some countries were at 30% [in grounds], I think it is possible more than 30%," he said.

"It is very, very difficult to forecast. It is not only forecasting the epidemic, it is forecasting the politics. We work hard on an optimistic good way, but how much will be possible? We don't know yet," he said.

Koch would not rule out the possibility that fans could be allowed to travel to different countries to attend matches.

"It is too early to say. We will see what the situation is and what is the requirement from the different countries but I hope that at least some travelling will be possible because it is not travelling, in the end, that makes the real difference," he said.

"For sure, every country has tried to protect itself but travel restrictions are not the main issue. The main issue is to keep this [virus] bound by detecting the case, finding the connections and have social distancing. But we are confident," he added.

Although the crowds would be too big to have testing centres staffed by professionals outside grounds, Koch said that home-testing and other forms of testing being rolled out could help on that front but that social distancing in venues would still be necessary.

Koch accepted that much will depend on the approach of governments in each country.

But he said the expected reduction in COVID-19 cases due to warmer weather in the summer months, along with vaccine roll-outs and increased natural immunity, all led him to be optimistic.

"The feeling in Europe is still very sceptical that this pandemic will be in a good shape in June but if you look at the numbers and all the possibilities we have, I think we should plan in an optimistic way," he said.

"Because the possibility that the situation is as good as it was last summer is given. At the moment that is the challenge, to keep up positive thinking and planning for the best and not to fall into the pitfall to only think of worst-case scenarios."