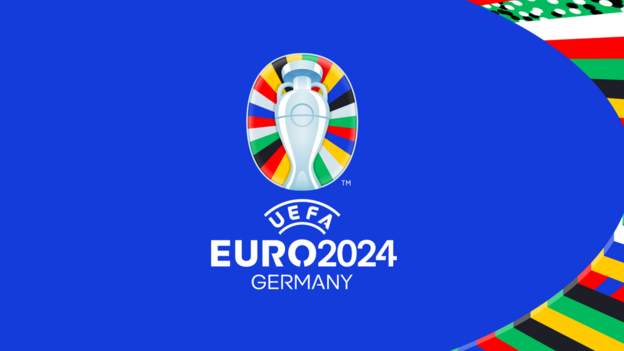 European countries will learn their fate in Sunday's Euro 2024 qualifying draw at 11:00 BST in Frankfurt.

Of Uefa's 55 countries, 53 will be drawn - with hosts Germany qualifying automatically and Russia excluded because of the invasion of Ukraine.

Twelve teams, including Scotland, are already guaranteed at least a play-off place through the Nations League.

The recent Nations League also decided the seeds for the Euros qualifiers, with England not in the top pot.

England, Wales and Scotland are all in the second group of seeds, with Northern Ireland in pot five of six.

You will be able to hear from Gareth Southgate, Steve Clarke, Rob Page and Ian Baraclough, the managers of the four home nations, on BBC Radio 5 Live afterwards.

How does it work?

There will be seven groups with five countries - and three groups with six teams in them. The four Nations League finalists - Croatia, the Netherlands, Italy and Spain - will go into the smaller groups.

The top two teams in each of the 10 groups qualify directly for Euro 2024.

Germany automatically qualify as hosts, while the remaining three teams will come via the Nations League play-offs.

Who are in what pot?

There are several restrictions that prevent some countries from being paired together.

For political reasons, Armenia and Azerbaijan will be kept apart, as will Belarus and Ukraine and Gibraltar and Spain. Kosovo cannot be in a group with Bosnia-Herzegovina or Serbia.

Only two Nordic or Baltic countries can be drawn together because of severe winter conditions.

Because of the locations of Kazakhstan, Azerbaijan and Iceland on the far edges of Europe - they can only be drawn with one team from the opposite side of the continent.

Who are in the play-offs?

The 12 teams who won their group in Leagues A, B and C in the Nations League are guaranteed at least a Euro 2024 play-off place.

They will play for three places at the Euros - with semi-finals on 21 March and the finals on 26 March.

In the almost-certain event that some of the teams finish in the top two in their Euro 2024 qualifying group, their play-off place will go to the next best team in their Nations League group (although Estonia from League D will be given a place if most League A teams qualify for the Euros).

These are the teams guaranteed a play-off place...