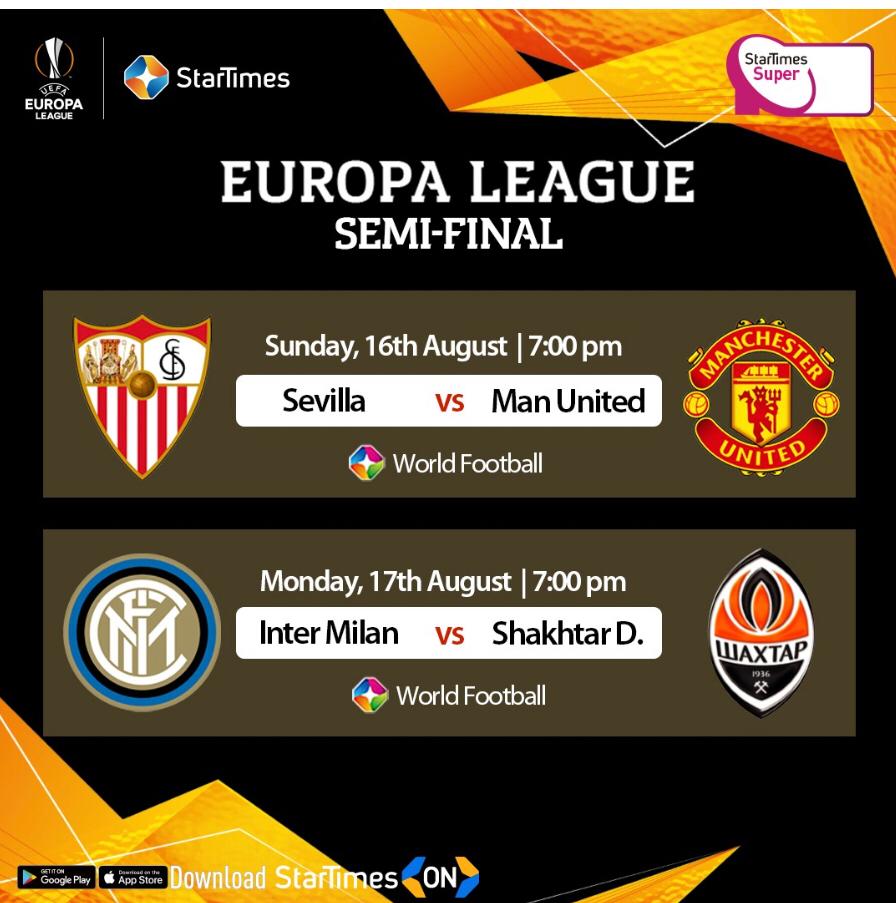 England international Ashley Young has scored one goal in the Europa League this season. That was in December in Manchester United’s 4-0 victory against AZ Alkmaar in the Reds’ final group game.

The winger still has some unfinished business with the exciting competition.

The last time he competed in the Europa League, United went on to win, beating Ajax Amsterdam in the 2016/17 final. It was a game Young had to watch from the sidelines, having picked up an injury in his teams’ first leg semi-final tie against Celta de Vigo.

On Monday the winger will again attempt to help his team make it through to the Europa League final.

However, he will line up for Inter Milan against Shakhtar Donetsk in the semi-final, which will be played as a winner-take-all tie in Düsseldorf.

Young’s new club, which he joined during the winter break, became the first through to the semi-finals on Monday when they beat Bayer Leverkusen 2-1, with one of the goals for the Nerazzurri being scored by another former United star: Romelu Lukaku.

Asked by a reporter after Inter’s victory against Leverkusen whether he thought his side now had a foot in the final, Young said no. “We have two feet in the semi-finals and we have to take every game as it comes. We are going to have a very tough match [against Shakhtar Donetsk].”

The Ukrainian outfit had few troubles in overcoming Basel in their quarter-final on Tuesday, with three of the four goals in the 4-1 victory being scored by Brazilians.

United had much more trouble than expected against FC Copenhagen and needed a Bruno Fernandes penalty in the first half of extra-time to win 1-0.

In their quarter-final, Sevilla secured a late 1-0 victory against Wolverhampton Wanderers, with Argentine striker Lucas Ocampos heading the only goal of the game with two minutes to go.

Wolves should have been a goal up at half-time, but Raul Jimenez saw his first half penalty saved by Moroccan international goalkeeper Yassine Bounou, who is known as Bono.

United coach Ole Gunnar Solskjær lost against Sevilla in the round of the last-32 of the competition with Molde in the 2014/15 season, winning 2-0 at home, but losing 3-0 away. “So I still have got something to get back at them,” he said.

Between them, the four remaining clubs in the competition have the Europa League [or its predecessor, the UEFA Cup] 10 times, with Sevilla being the record holder, with five. Inter have won once, while Shakhtar and Manchester United each have one title.

All four quarter-final matches, as well as the two semi-finals and final were – and will be - played in stadiums in the German federal state of North Rhine-Westphalia.

African football fans can continue enjoying the football festival as the continent’s leading digital-TV operator, StarTimes, will be showing the matches live and exclusively on the StarTimes football channels.