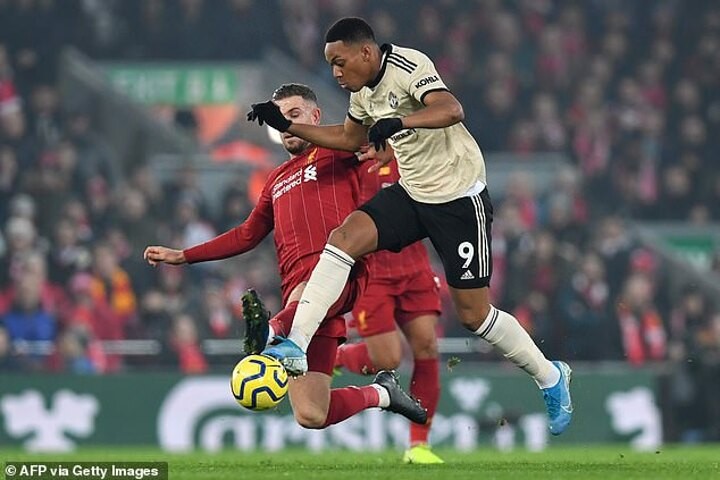 Liverpool and Manchester United are reportedly behind another bombshell power-play after news that they are in talks to set up a European Power League came to light on Tuesday.

It comes just a week after it was revealed they were the driving forces behind Project Big Picture, which was dismissed as a possibility with clubs concerned at the level of power clubs such as Liverpool and United would assume under the restructure.

The league, estimated to be worth £4.6billion, has been revealed by Sky News in a bid by England's two biggest sides to re-shape the face of the game.

The groundbreaking proposals would see more than a dozen teams across England, France, Germany, Italy and Spain become founding members of the new competition.

There is a provisional date of 2022 for the European Premier League to get underway and as many as five English teams could be involved in it.

Wall Street giant JP Morgan is reportedly in talks to provide $6bn (£4.6bn) in debt financing to help get the European Premier League off the ground.

Sportsmail take a look at some of the key questions behind the proposed European Premier League...

How would the new European Premier League look?

The competition is expected to involve between 16 and 18 teams, and will be played at midweek during the normal European club season.

It would mean a likely minimum of 30 matches for each club, based on a format of round-robin home and away fixtures.

It would start as a typical league campaign before the top-performing teams would enter a knockout competition to crown a champion.

Relegation could form part of the new league, and it is believed that some ideas from an earlier iteration could be adopted within this new proposal.

A project of two years ago included a blueprint where 11 founder clubs could not be relegated for 20 years, with the remaining teams subject to a form of relegation.

A version of this is expected to operate in the new European Premier League.

Would the top teams leave the Premier League?

No, but this is likely to have a seismic effect on the Premier League. Liverpool and Man United are reported to be in talks about joining FIFA-backed tournament, while remaining members of the big six - Arsenal, Chelsea, Manchester City and Tottenham - have reportedly also been approached

More space in the calendar will be needed to play all the games that are now being proposed, and it should be noted that a key part of the failed Project Big Picture was to reduce the size of the Premier League from 20 to 18 teams.

Would the Premier League still be attract the kind of revenues from sponsorship and broadcasters that it does now if another league is introduced that would, seemingly, take priority for its biggest teams?

If the new format proves successful it would give England's biggest and wealthiest clubs the leverage that Project Big Picture so desired. In future negotiations with the Premier League, broadcasters and sponsors, that could well see the smaller clubs squeezed out even further - and possibly off the negotiating table entirely.

What does it mean for the future of the Champions League?

This is a FIFA-led proposal, not UEFA, and so it is immediately in direct competition with the Champions League.

It is believed that this new competition would effectively usurp the Champions League, taking over its slot in the fixture calendar. If it has UEFA's backing, then that would be seamless.

But it is not yet clear from initial reports whether that is the case or not.

The two governing bodies often find themselves at loggerheads over key issues, and without UEFA's support it is hard to see how it gets off the ground. Without UEFA's involvement it is a move that would undermine what is not just their flagship competition but their principal money-maker.

How likely is it that this comes to fruition?

It appears that an announcement could come at any time in the next 10 days.

But the complexities of club's arrangements make it difficult to currently find the room for it. Every major European club who would be involved in this competition is already involved in their own congested domestic calendar.

With the current Champions League deal running until 2024, getting a new European Premier League underway by 2022 appears very difficult.

It will be interesting to see how this plays out amid the anticipated expansion of the Champions League.

Plans have been afoot to revamp the Champions League from 2024, including changing the format of the group stage from eight groups of four to four groups of eight.

Isn't this just what they've been talking about for years?

Not quite - the involvement of FIFA in what appears to be a strictly European competition makes this different.

Real Madrid and a number of Italian clubs, including Juventus, have been keen on a European Super League for years.

Another intriguing sideshow is the financial backing of JP Morgan. The Wall Street giant is reportedly in talks to provide $6bn (£4.6bn) in debt financing to help get the European Premier League off the ground.

It is anticipated that future broadcast income generated by the league would work as a repayment.

Should the league get the green light, it would immediately become one of the most lucrative divisions in world football.