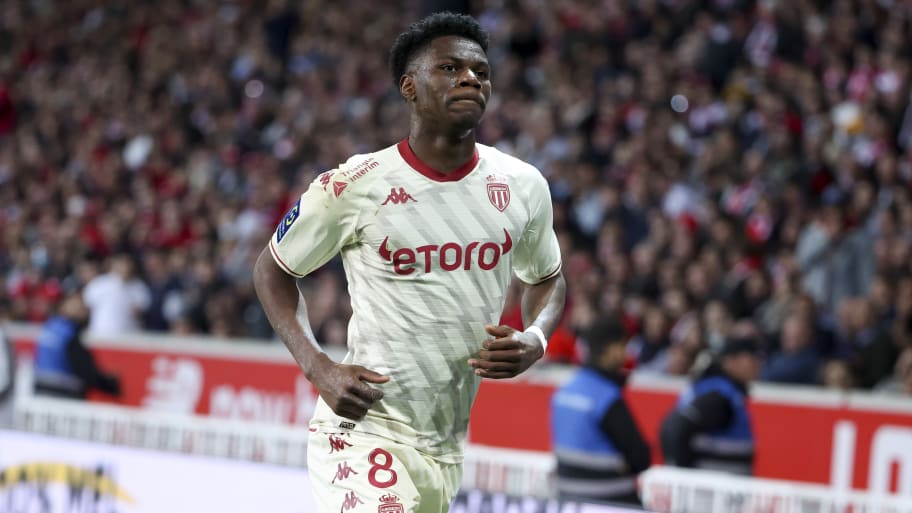 At least eight of Europe's top sides had officials in attendance to watch Aurelien Tchouameni grab a match-winning brace for Monaco in their 2-1 victory at Lille on Friday evening, 90min understands.

The 22-year-old France international is one of the world's most in-demand prospects following a stellar few seasons in Ligue 1.

90min revealed earlier this week that Champions League finalists Real Madrid and Liverpool have both registered their interest to Monaco regarding a summer move for Tchouameni, and they were present at the Stade Pierre-Mauroy to watch him score two fantastic long-range goals on Friday.

However, they were not the only sides looking on. Chelsea, Manchester City and Manchester United were present at the match, as were Atletico Madrid, Barcelona and Bayern Munich.

Scouts representing Arsenal, Newcastle and Tottenham were also in attendance but it has not been confirmed if they were there to watch Tchouameni specifically.

Tchouameni opened the scoring with a sumptuous weak-foot strike from the edge of Lille's 18-yard box after 42 minutes, before former Man Utd starlet Angel Gomes equalised with a fine effort of his own.

Though Lille dominated much of the affair, Tchouameni sealed the win with another audacious effort, firing home from 30 yards to help Monaco climb to second in the Ligue 1 table.

The Monegasques are three points clear in the Champions League places but have played a game more than their rivals. Third-placed Marseille travel to Lorient on Sunday, while Rennes face Nantes and Nice host Saint-Etienne on Monday evening.

This article was originally published on 90min as Europe's elite clubs in attendance as Aurelien Tchouameni grabs brace vs Lille.