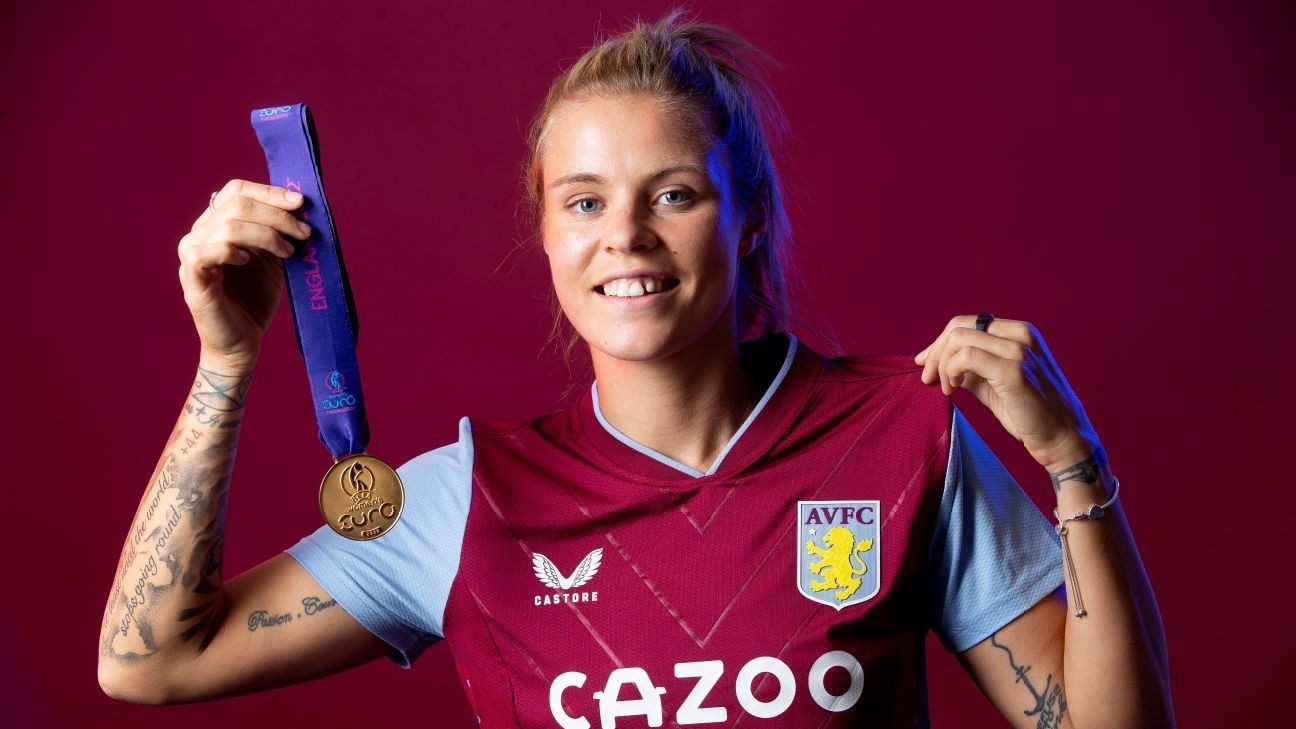 England international and Euro 2022 winner Rachel Daly has signed for Aston Villa from the Houston Dash for an undisclosed fee, the clubs announced Tuesday.

Daly started all six games for England in this summer's European Championship, including the final when the Lionesses beat Germany after extra time to win their first ever major trophy. While Daly operated at left-back for England, Villa signaled they they plan to utilise her further forward when the Women's Super League gets underway next month.

"This is a big signing for us and one we've worked hard on completing. Rachel is a top forward and a proven goalscorer," Villa manager Carla Ward said.

"Having performed admirably at full-back this summer, she showed us that she is a player you simply need in your team.

"But for us, she is a forward and we can't wait to see her scoring goals."

Daly, who previously had spells in England with Leeds United, Lincoln Ladies and West Ham United, was drafted No. 6 overall in the 2016 National Women's Soccer League college draft. The 30-year-old made 116 appearances for Houston in all competitions, scoring 42 goals and adding 12 assists, helping the team to win the 2020 NWSL Challenge Cup.

"Rachel has been an integral part of the Houston Dash for seven years and she will be missed not only as a world-class footballer, but also as a driven and passionate leader on and off the pitch," Dash president Jessica O'Neill said.

"This transfer will result in Rachel being much closer to her loved ones, a request we wanted to make every effort to honor. We're deeply grateful for the commitment and loyalty she's shown to this city and wish her the best in her next adventure."