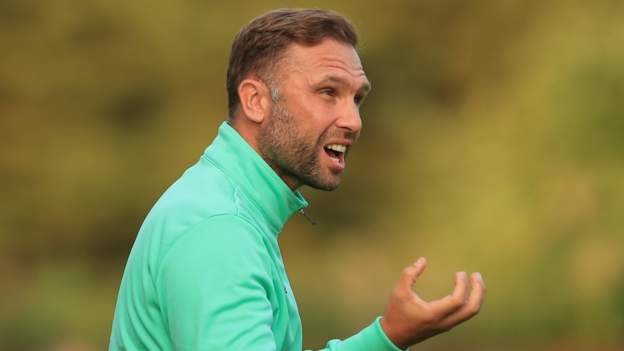 Swansea City are poised to appoint John Eustace as their new manager.

Eustace, 41, will leave his role as Queens Park Rangers' assistant boss to take charge at the Liberty Stadium.

Swansea, who were beaten in the Championship play-off final in May, have turned to Eustace after parting company with head coach Steve Cooper earlier this week.

The former Kidderminster Harries boss was on Swansea's final shortlist when Cooper landed the job in 2019.

Eustace will now get his chance to lead the Welsh club, who will pay a small compensation fee to Championship rivals QPR to secure his services.

Eustace is expected to remain with QPR for their pre-season friendly against Manchester United on Saturday, with his move to Swansea likely to be confirmed later this weekend or at the start of next week.

Solihull-born Eustace began his career at Coventry City and went on to play for Stoke City, Watford and Derby County, while he also had loan spells at Dundee United, Middlesbrough and Hereford.

Having retired due to a knee injury, Eustace began his managerial career Kidderminster in 2016.

He spent two years in charge at the National League North side - who were known for playing attractive football - before joining QPR as assistant to Steve McClaren, who he had played under at Derby.

Eustace had a spell as caretaker QPR boss at the end of the 2018-19 season - when he masterminded a 4-0 win over Swansea as he helped the London club avoid relegation to League One - before reverting to his number two role following Mark Warburton's arrival at Loftus Road.

Rangers finished ninth in the Championship last season, 12 points and five places behind a Swansea side who missed out on a return to the Premier League after losing to Brentford in the play-off final.