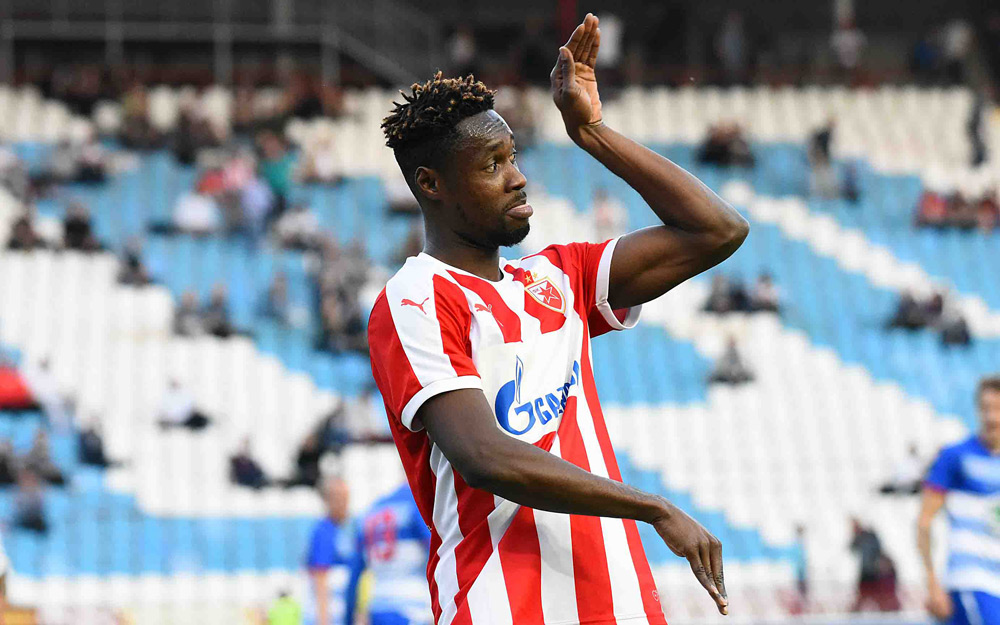 They would have been sufficiently impressed as it was his only goal that settled the tie for the visitors, a stunning strike from 25 yards out ended it FC Koln 0-1 Red Star Belgrade.

It has now emerged that Everton, Anderlecht, CSKA Moscow and Fenerbahce all sent scouts to the RheinEnergieStadion last time out in the Europa League to scout the 24-year old Ghana striker.

According to multiple reports - including  fudbal.hotsport.rs and amp.hitc.com - Boakye is now a subject of strong interest amongst those clubs.

Reports in England have been rife that Chelsea have shortlisted 3 strikers, including Boakye, for a January scoop to bolster their Champions League and domestic cups.