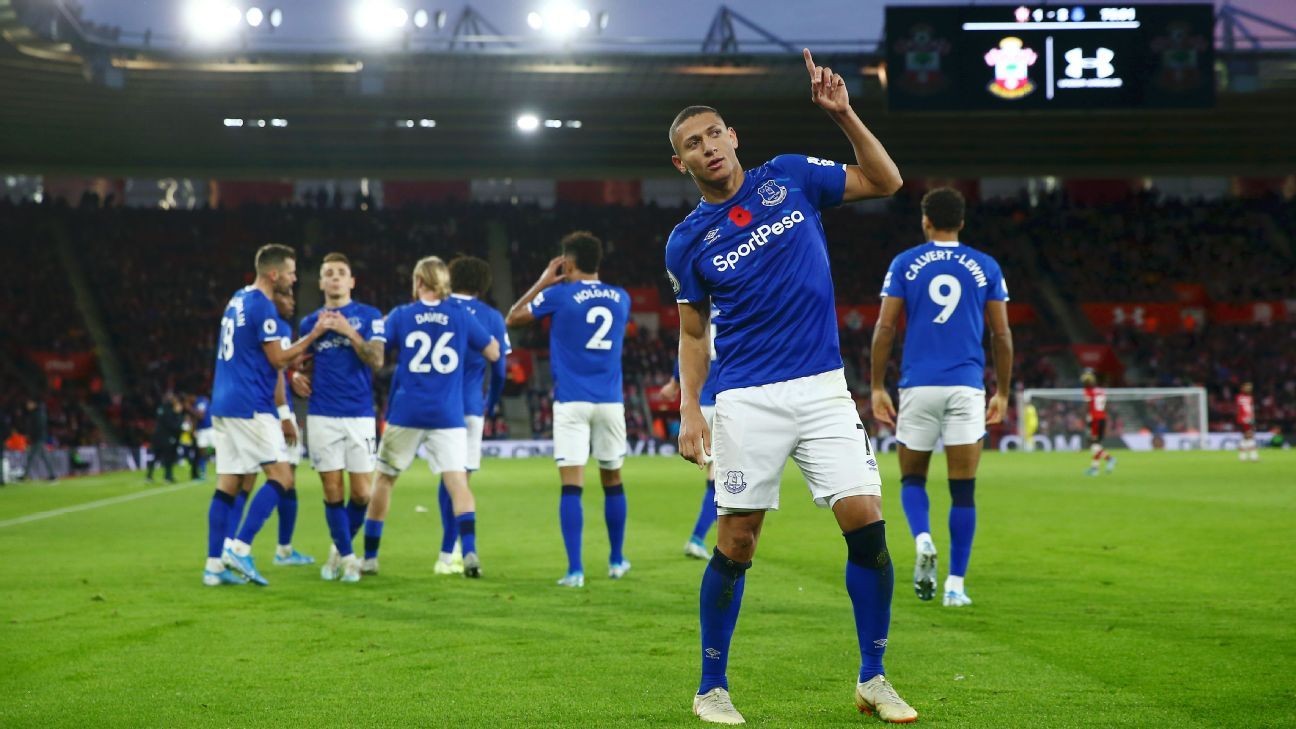 Goals from Tom Davies and Richarlison gave Everton their first away win of the season, taking some pressure off under-fire manager Marco Silva but putting more of it on Southampton's Ralph Hasenhuttl.

The visitors took the lead in the fourth minute when the unmarked Davies headed in a corner kick for his first goal since May 2018 -- which also came against the Saints.

Everton created the most chances in the first half, while the home side failed to muster a single shot on goal, leading to boos and jeers at the half-time whistle.

Everton have had to wait to win on the road this Premier League season. Getty

Southampton were quick off the blocks in the second half, and the pressure paid off when halftime substitute Sofiane Boufal beat his marker on the right and squared the ball for Danny Ings to tap in from close range.

But with 15 minutes to go, Djibril Sidibe sent in a pin-point cross to the far post where Richarlison made it 2-1 with a left-footed first-time finish for his first goal in eight league matches.

Everton move up to 13th in the table on 14 points while Southampton remain in the drop zone, in 19th place on eight points.