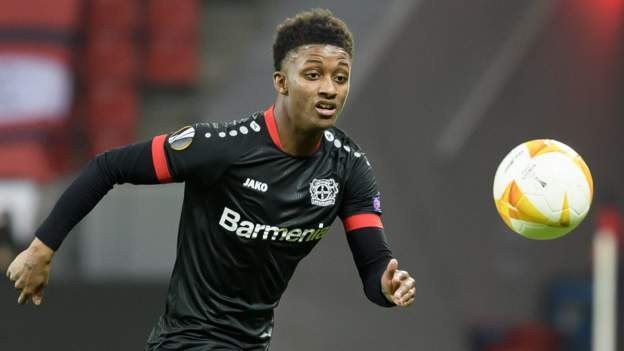 Everton are closing in on a deal to sign Bayer Leverkusen winger Demarai Gray.

The 25-year-old left Leicester in January 2021 and signed an 18-month deal with the German side.

But he only made 12 appearances last season, scoring one goal.

Meanwhile, Everton's Brazilian winger Bernard could be set to leave, with interest from United Arab Emirates side Sharjah FC. There has been interest from clubs in Russia and Greece too.

Gray would be Rafael Benitez's third signing since he was announced as the club's manager on 30 June.

Everton have flown to the United States to take part in the Florida Cup without Fabian Delph because he is self-isolating.

The club took the precautionary measure after the 31-year-old midfielder came into contact with someone who has since tested positive for coronavirus.