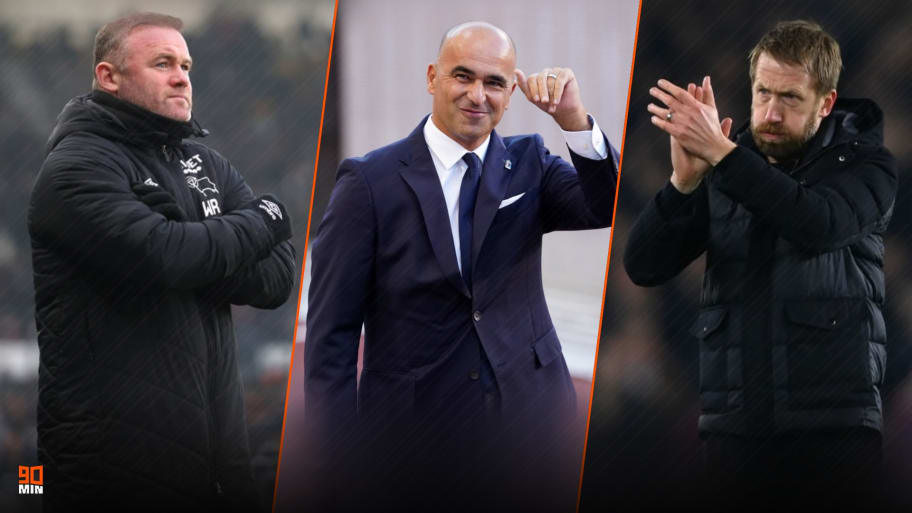 90min broke the story that Benitez would part company with Everton on Saturday night and the club confirmed his exit on Sunday.

Since then, three names have emerged as the leading candidates to be offered the job. One of those is Martinez, who is currently in charge of Belgium. He previously had a spell at Everton between 2013 and 2016 where results were mixed but he retains several admirers on Merseyside.

Another option is Derby boss Rooney who also has history with the Toffees. He came through the club's youth academy before making a high-profile move to Man Utd and then returning for a less successful second spell in 2017.

His managerial career has got off to a promising start at Pride Park. Rooney has had to deal with a transfer embargo and points deductions but Derby retain a genuine chance of retaining their Championship status this season.

The Rams have lost just seven of their 26 matches and boast one of the best defensive records in the division.

The final name on Everton's initial shortlist is Potter. The Brighton manager has been linked with a host of Premier League jobs in the past, most recently being touted for a move to Tottenham.

Whether Potter can be tempted to move to a side nine points and seven places behind the Seagulls in the table remains to be seen.

In the short term, first-team matters at Goodison Park will be overseen by Duncan Ferguson, who previously had a caretaker spell when Marco Silva was sacked in 2019.

90min understands that if no suitable target can be identified Ferguson could be asked to see things through until the summer and he may even be handed the job on a permanent basis if successful.