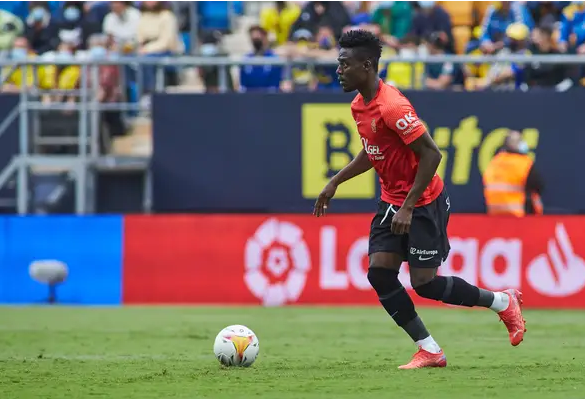 The midfielder has been a long time target of Everton manager Rafael Benitez, who came close to signing him during his time at Real Madrid.

However, the deal fell through after a misunderstanding between Los Blancos and his representatives.

He was later identified as replacement for Thomas Partey at Atletico Madrid but Real Mallorca inserted a new clause in his contract making him expensive for the Rojiblancos.

Baba signed a new deal with a release clause of 45 million euros.

Everton are ready to trigger that amount to have the Ghanaian at Merseyside next season.

Meanwhile Real Mallorca are considering South African Njabulo Blom as replacement for the Black Stars midfielder should he leave.

Baba Iddrisu netted his first goal for Real Mallorca over the weekend in the 1-1 draw against Cadiz.