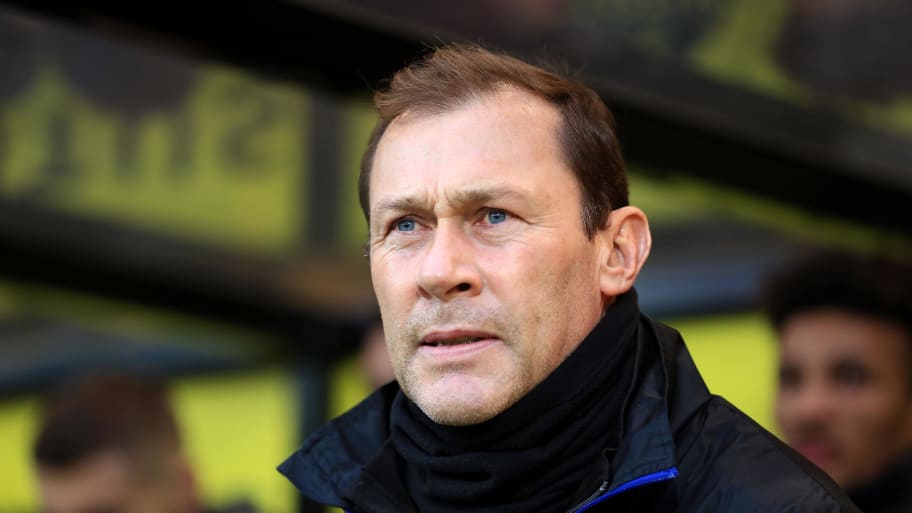 Everton play for the first time since Rafa Benitez's departure as Aston Villa head to Goodison Park on Saturday.

Duncan Ferguson is now in caretaker charge and aiming to earn the Toffees first league win since the beginning of December. Since then, Everton lost to Crystal Palace and held Chelsea to a draw, before suffering consecutive defeats to Brighton and Norwich.

They face Steven Gerrard's Aston Villa, who are striving to get back to winning ways having gone without one in their last four fixtures across all competitions.

Here's how the hosts could line up.

Jordan Pickford (GK) - Only injury has kept him out of Premier League action this term, so the England number one should definitely start here.

Yerry Mina (CB) - Has had his struggles this term but came off the bench to make a return in his side's defeat at Norwich last time out and could start this one.

Michael Keane (CB) - As permanent a fixture as they come, having not missed a minute of league action this campaign. Doesn't mean he's been good, mind.

Vitaliy Mykolenko (LB) - Undoubtedly a brilliant talent, the Ukrainian's quality should shine through sooner rather than later.

Andros Townsend (RM) - Hasn't featured in Everton's previous three league outings but should be drafted back in here, having made the bench at Carrow Road.

Andre Gomes (CM) - In the absence of Allan and Fabian Delph, Gomes should be set to partner Doucoure again.

Demarai Gray (LM) - With eight goal involvements in all competitions, Gray has been Everton's most potent threat this campaign.

Richarlison (ST) - Came off the bench to score a sensational overhead kick against Norwich and needs to start here.

Dominic Calvert-Lewin (ST) - Hasn't scored since coming back from the fractured toe that kept him out for four months, but this could be third time lucky.

You can read 90min's preview of Everton vs Aston Villa here.

This article was originally published on 90min as Everton predicted lineup vs Aston Villa - Premier League .