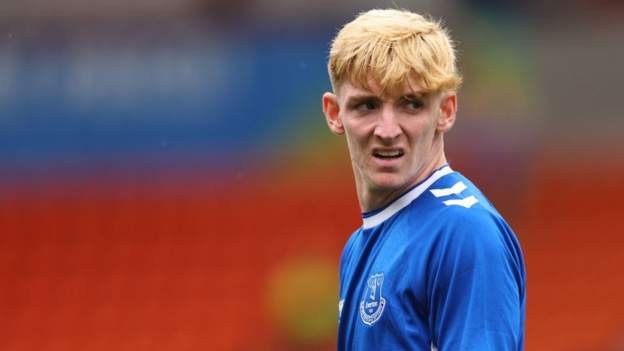 Everton have rejected a new formal offer of about £45m from Chelsea for forward Anthony Gordon.

It is Chelsea's second approach for Gordon after a £40m offer earlier this week, but Everton are insisting they are not entertaining bids for the talented 21-year-old local product.

It is anticipated that Chelsea will return with an improved offer.

Gordon made his Everton debut in January 2020 and signed a five-year contract in September 2020.

With Dominic Calvert-Lewin injured and Richarlison sold to Tottenham, England Under-21 player Gordon has started both Everton's games so far this season in an unfamiliar number nine role.

Gordon has made 51 Premier League appearances for the club, scoring four goals.