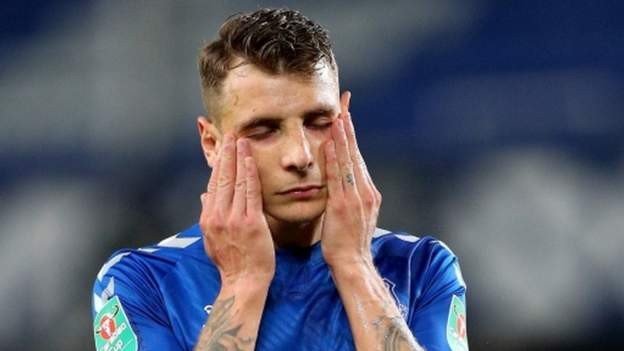 Everton are waiting to discover the severity of an ankle injury suffered by Lucas Digne in training this week.

The France left-back, 27, has been one of the outstanding performers this season for Everton, who are sixth in the Premier League.

But there are fears the injury may require surgery that could rule Digne out for a lengthy period.

When Digne was suspended for the recent defeat at Newcastle United, Niels Nkounkou, 20, filled in at left-back.

Everton signed the French defender from Marseille in the summer and that was the first top-flight appearance of his career.

Digne's absence would represent a major setback as the Toffees host Chelsea, Arsenal and Manchester City in the league in December, plus they have a trip to Leicester City and an Carabao Cup quarter-final at home to Manchester United.