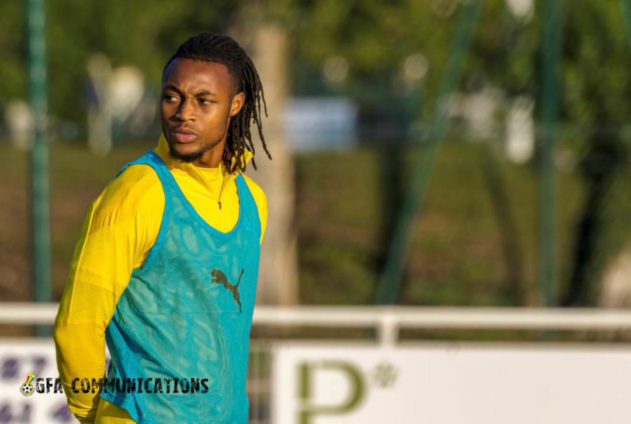 Antoine Semenyo claims that there is fierce competition for starting spots in the Black Stars, claiming that everyone is working hard to be considered a starter.

The Bristol City forward made the revelation ahead of Friday's international friendly against Brazil in Le Havre.

Semenyo has yet to fully impress in a Ghana jersey due to fitness concerns,

He missed out on making his debut early in the year after withdrawing from the 2021 Africa Cup of Nations squad.

He finally made his debut on June 1, 2022, when he came on as a substitute and played 14 minutes as Ghana defeated Madagascar 3-0 in a 2023 Africa Cup of Nations qualifying match in Cape Coast.

“I’m happy obviously being with the team again. I hope that when I get the chance to play, I will score and make the country proud, so I’m just waiting for my opportunity again,” he said.

“Everyone is in good spirit, it’s a healthy competition; everyone is fighting for their spot. If you get that number 1 spot, you wanna take it so that’s what I’m fighting for,” he told the GFA media team.

Semenyo also touched on his greatest attributes as a player.

“I just wanna show at the world stage what I can do: I can score, I can link play, I can run it behind if I need to and like I said, I’m ready.”