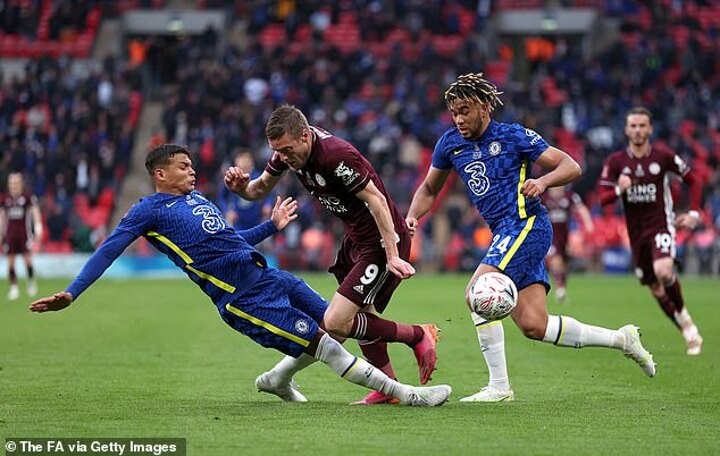 Manchester City are the Premier League champions, while we already know the three teams who will be relegated.

Beyond that, the only thing certain is that Manchester United will finish in the top four and therefore qualify for the Champions League.

Here, we take a look at what is a fascinating - and complicated - final two rounds of fixtures, during which the remainder of next season’s European qualifiers will be determined…

Who can still qualify for the Champions League, and what do they need to do?

Leicester City: Win at Chelsea on Tuesday evening and they will be guaranteed a top-four finish and Champions League football. A draw followed by victory at home to Spurs on Sunday is also enough.

Chelsea: They need to win both remaining games - at home to Leicester and away at Aston Villa - to be certain of a top-four finish. But fail to beat Leicester and their top-four fate is no longer in their own hands, opening the door for Liverpool. However, Chelsea know that victory in the Champions League final against Manchester City means automatic entry for next season’s competition.

Liverpool: They will be hoping for anything other than a Chelsea win tonight, meaning that victory in their final two games - away at Burnley and at home to Crystal Palace - will see them into the top four. But there is a scenario where Liverpool and Leicester could both finish on 66 or 69 points in the battle for fourth. They would be separated by goal difference and then goals scored.

Their records, however, are almost identical. Were they to tie in that regard, then Liverpool would take fourth on account of their head-to-head record versus Leicester (a 4-3 aggregate advantage). Were Liverpool and Chelsea to finish level on points and goal difference, the Reds have the edge with eight more goals currently scored.

Tottenham: It’s quite simple, they need to win both of their matches and hope Liverpool and Chelsea do not finish on more than 65 points.

West Ham: Need to win both games and, because of their inferior goal difference, hope that Spurs, Liverpool and Chelsea do not make it beyond 64 points.

What happens if Chelsea win the Champions League?

If Thomas Tuchel’s side beat City in the final and finish in the top four, then an extra Champions League berth is not passed down to fifth position.

Likewise, if Manchester United win this season’s Europa League final against Villarreal - a feat that also earns a Champions League spot - it does not generate an extra place for the Premier League.

However, if Chelsea finish outside the top four and win the Champions League, then England will have five teams in next season’s competition.

There is no scenario where a team in the top four cannot qualify for next season's Champions League group stage, while the total number of English teams in European competition is capped at seven.

So which positions qualify for the Europa League?

England have two spots in this competition - reserved for the FA Cup winners and the team finishing fifth.

However, Leicester’s victory in the FA Cup means the team in sixth will now qualify for the Europa League.

What about the new Europa Conference League?

Yes, from next season a third European competition will run, played on Thursday evenings and comprising a six-match group stage followed by knockout rounds after Christmas.

England’s berth (entering at the final qualifying round) is awarded to the EFL Cup winners but, given Manchester City lifted that trophy, it will almost certainly go to the team in seventh, providing Chelsea do not drop to that position and win the Champions League. In that scenario, sixth position would qualify for the Conference League.

Leeds, currently in 10th, are the lowest-placed team still in with a mathematical chance of finishing in the top seven.

The idea behind the Conference League is to give more teams from outside the big leagues the chance to play continental football. The winner of the competition qualifies for the following season’s Europa League.