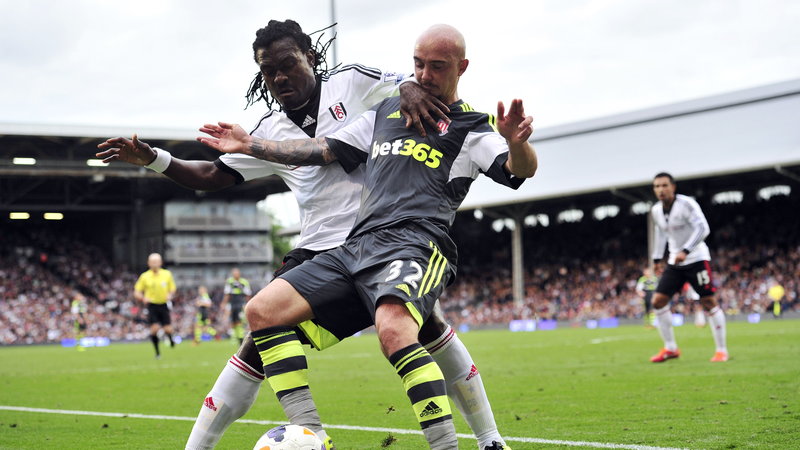 Derek Boateng in action for Fulham

L'Equipe has reported that the Savoy Crosses are ready to give the 30-year-old more game time required for him to gatecrash Ghana's World Cup squad.

Evian are in search of holding midfielder after selling Mohammed Rabiu to Russian side FC Kuban.

Boateng has already been lined with a move to English Championship side Watford.

He moved to Fulham this season but has been down the pecking order at Craven Cottage.

Boateng had made only three English Premier League appearances for Fulham.