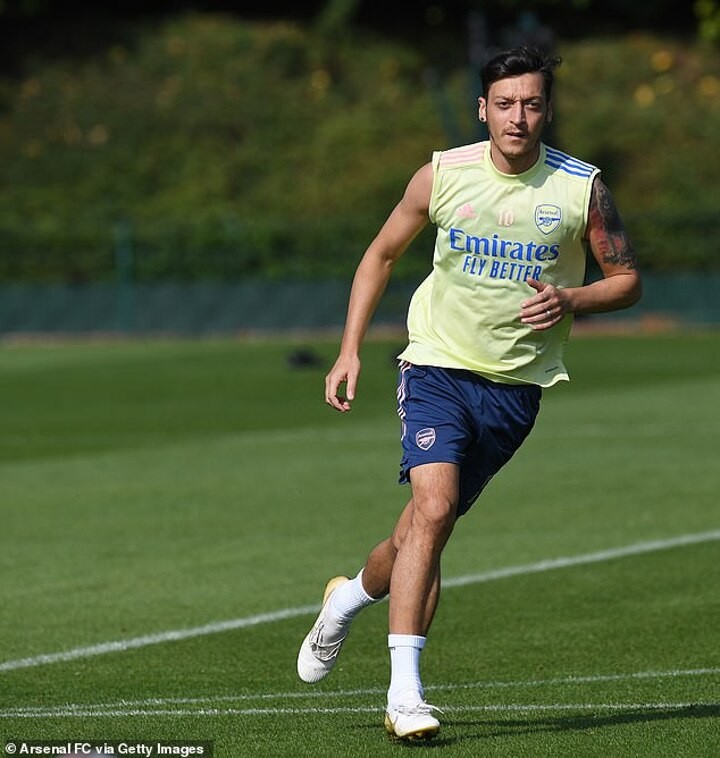 Patrice Evra used the game 'Where's Wally?' as an analogy for Mesut Ozil's situation at Arsenal, with the German star continuing to be frozen of the squad by manager Mikel Arteta amid the club's lack of creativity this season.

Ozil, 32, who is under contract with Arsenal until June 2021, is the club's highest earner on £350,000-per-week but has not played for Arteta's side this season after being left out of the 25-man Premier League squad.

In a season where the Gunners are crying out for creativity after scoring just nine goals in the Premier League this season, the German World Cup winner continues to be exiled and has not featured since March.

He has recorded 77 assists since signing for Arsenal in 2013, and former Manchester United left-back Patrice Evra questioned why the playmaker has not been used more by the Spanish boss.

'We talk about creativity. I always say when Auba doesn’t score Arsenal are going to be in trouble', Evra said on Sky Sports.

'We need to give Arteta time. At a big club like Arsenal time is not an easy thing.

'We talk about creativity, where is Ozil? We play that game ‘where is Wally?’. We should do a new version with Ozil because we are talking about a lack of creativity so what’s the problem?

Ozil's omission has been suggested to be a result of his casual playing style not suiting the modern game heavily based on pressing, and Evra did admit that the German can be 'lazy' at times.

'I know sometimes he is lazy running back but we are talking about creativity now so where is Wally? Where is Ozil?', Evra added.