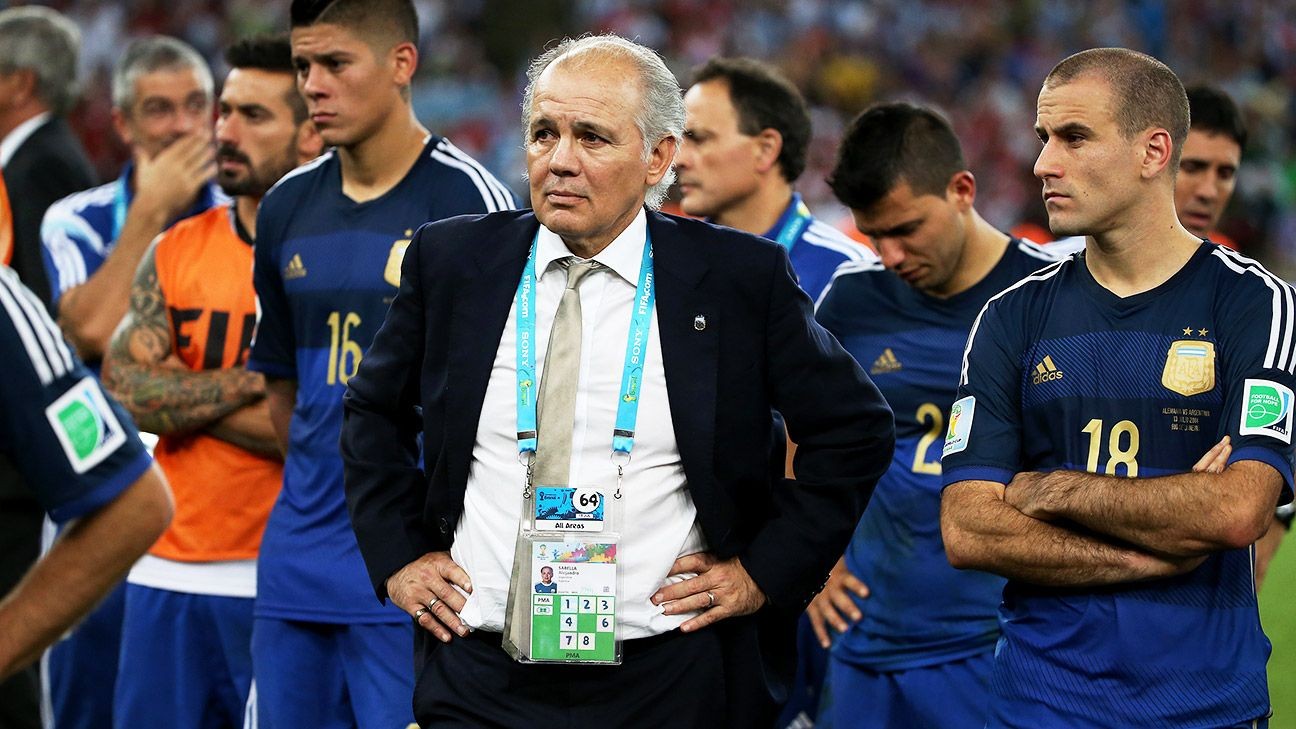 Argentinian coach Alejandro Sabella is in a hospital in Buenos Aires after being "very affected" by Diego Maradona's death.

The former Sheffield United and Leeds United midfielder was rushed to a medical facility on Wednesday and will undergo a "thorough medical examination."

His family told EFE that Sabella "was very affected" by Maradona's passing. Maradona died at the age of 60 on Wednesday from cardiac arrest and his death has shocked Argentina and the world.

Sabella, 66, has not coached since Argentina's 1-0 defeat to Germany in the 2014 World Cup final. He played for River Plate, Estudiantes and Ferro in Argentina as well as Brazil's Gremio before moving to England.

Sabella featured 76 times for Sheffield United and found the net on eight occasions. He coached Estudiantes from 2009 to 2011 and steered the club to win the Copa Libertadores in 2009.

Sabella has had health issues in recent years and, in 2018, said: "When I was battling to see if I would stay here with you or go somewhere else, I remembered what I said to my players: 'You can't give less than 100%'. If I requested that from them, I had to fight to remain alive."