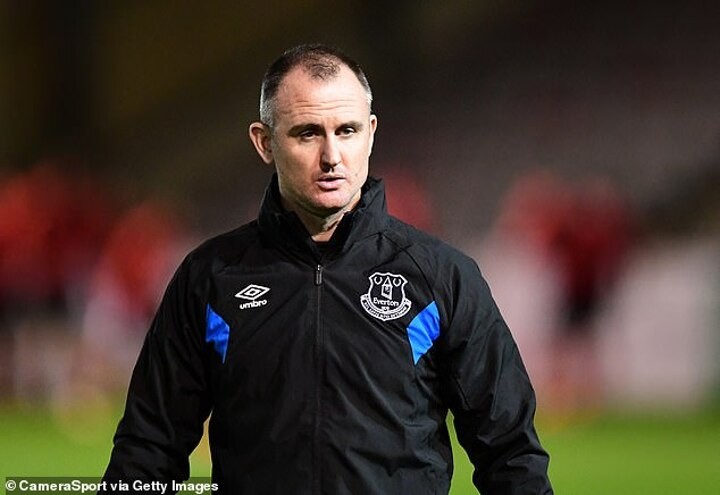 Francis Jeffers has left his role with Everton U23s to become part of Paul Cook's coaching staff at Ipswich Town.

The former Everton and Arsenal striker, who joined the Blues on a loan in 2007, was part of Duncan Ferguson's backroom staff when he took caretaker charge of the Toffees in December 2019.

Jeffers will link back up with former Ipswich team-mate Gary Roberts at the club, just days after being on the touchline for Everton U23s final Premier League 2 game of the season on Friday.

The 40-year-old was assistant to David Unsworth at Everton but said: 'It's a great opportunity for me and one I couldn't turn down.

'I'm an Evertonian so it was a difficult decision to leave but Ipswich is a massive club and I'm relishing the chance to help the club get back to where it should be.

'I've been a big admirer of Paul Cook and his work for many years and now to be part of his backroom team is very exciting and I can't wait to get going.'

'Obviously I was here as a player on loan and I loved my time here,' Jeffers continued.

'I've seen some familiar faces around the place and it's brought back some great memories. I should have stayed to be honest.

'The fans took to me and I took to them and now I've got another opportunity to be involved at this fantastic club.'

Kieron Dyer has taken on first team duties under Cook over recent weeks but looks likely to return to his role as Ipswich U23s manager.