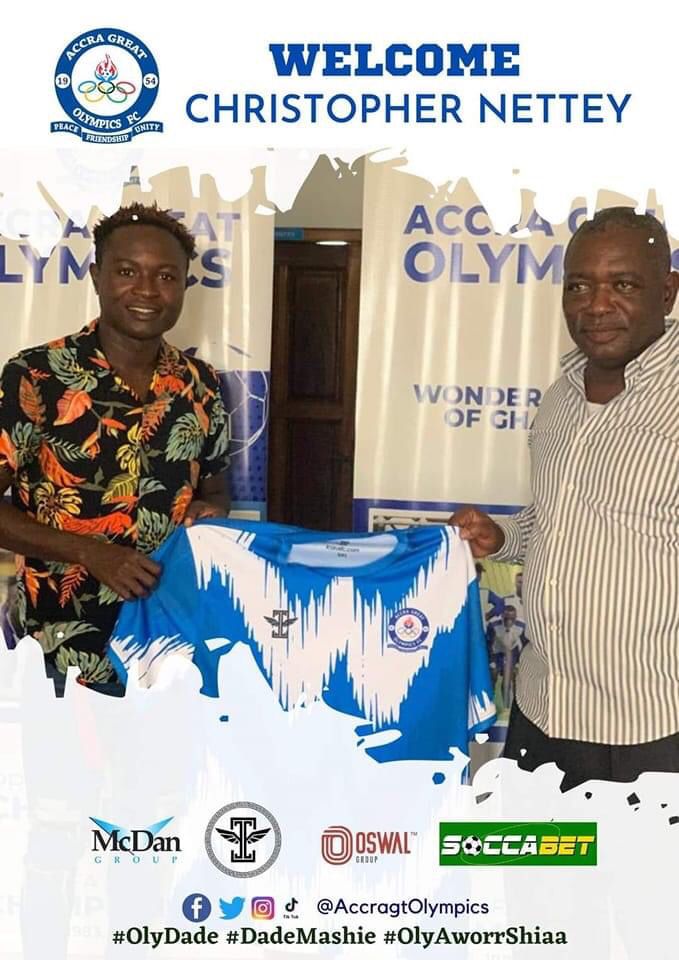 Former Asante Kotoko defender Christopher Nettey has joined Great Olympics for the remainder of the season.

The right-back completes his move to the Oly dade boys as a free agent.

The former Black Stars defender signed for the Porcupine Warriors in December 2019 from lower-tier side Attram de Visser Academy.

He became one of the important players at the club with his consistent performances which later earned him a call-up to the Ghana national team.

Nettey made 62 appearances in all competitions for Kotoko across the three years he spent at the club, scoring once in the process.

He is expected to strengthen Great Olympics defense with his quality.