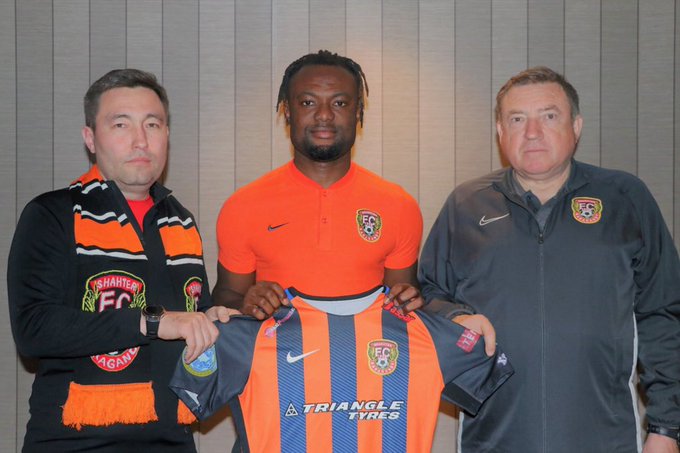 Baah penned a three-year deal with the Stroitel Stadium outfit as a free agent.

The 28-year-old was on the books of Finnish side FC Honka until his contract expired at the end of last season.

He is expected to help Yuriy Vernydub's men who are sitting 3rd on the Kazakhstani Premier League table to continue their push for a European place.

This is his second stint in the league after playing for FC Kairat Almaty Academy during the 2018 campaign.

He has played for seven clubs since leaving Asante Kotoko in 2013.