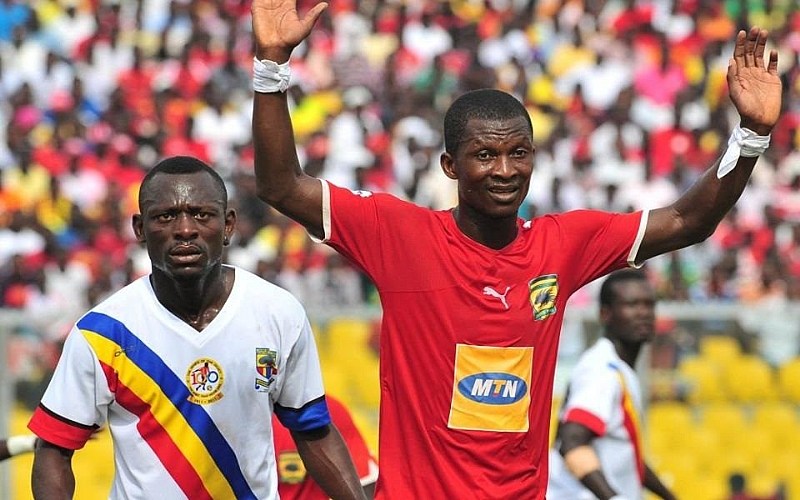 Ghanaian midfielder Daniel Nii Adjei says Premier League giants Asante Kotoko do not have what it takes to conquer Africa.

In an interview with Nhyira FM, Nii Adjei said the Porcupine Warriors need to be consistent in order to rule Africa.

Asante Kotoko have been a force to reckon with on the local scene as they have clinched the Ghana Premier League 24 times.

But the Kumasi-based outfit have struggled to win an African trophy for over three decades and the closest they came was when the lost the 2004 Confederations Cup to bitterest rivals Hearts of Oak.

"You need consistency to conquer Africa. Asante Kotoko doesn't have a constant team squad. For them to compete well in Africa, they need a standing team that has played together for long. You can't take just three months to build a team to compete in Africa."

Nii Adjei won the CAF Champions League in 2015, the CAF Confederation Cup in 2016 and 2017 and the CAF Super Cup in 2016 during his time with Congolese club TP Mazembe.