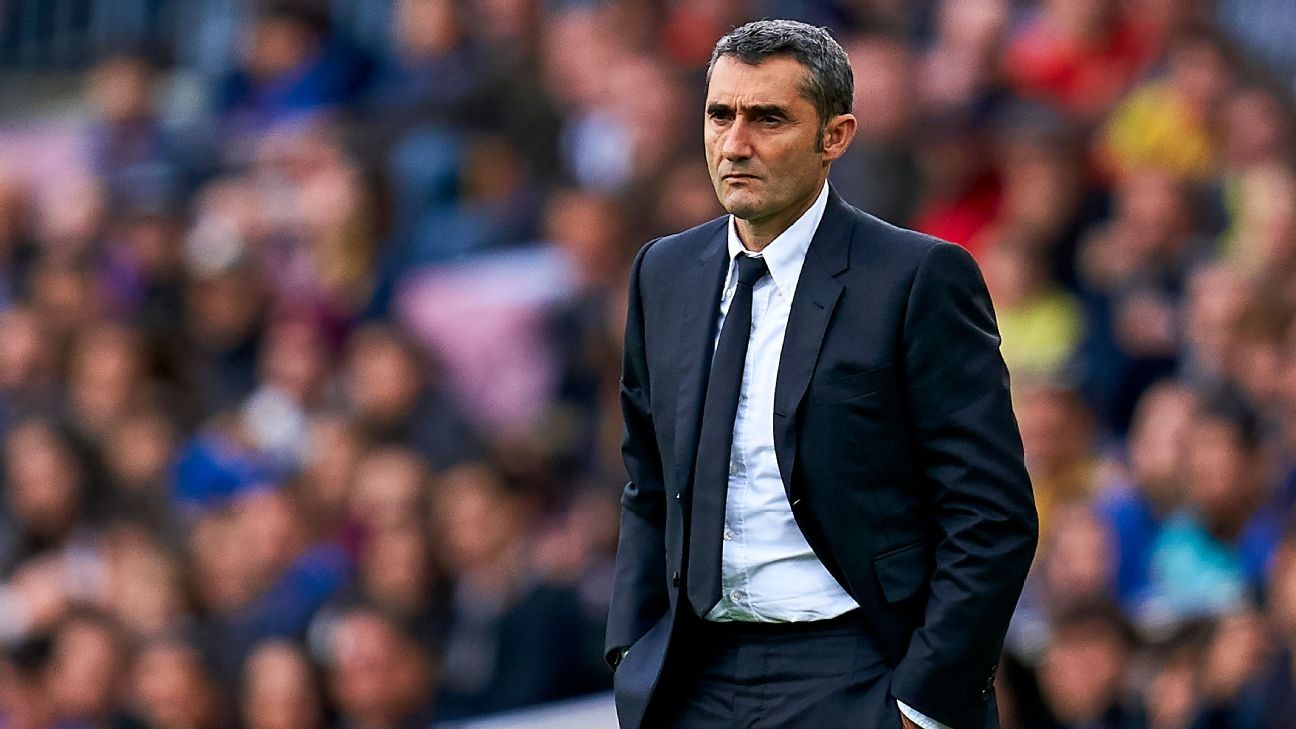 Shaka Hislop has both Spanish giants back in his Power Rankings this week.

Julien Laurens cannot help but feel sad for Ousmane Dembele who is set to miss the rest of the season with injury.

Steve Nicol looks at the options for Barcelona in looking for reinforcements outside the transfer window.

Former Barcelona manager Ernesto Valverde has said he would prefer a move to the Australian A-League rather than the Premier League.

Valverde, who won two La Liga titles and a Copa del Rey during his two full seasons at Camp Nou, was sacked in January.

And, despite his impressive trophy-haul in recent seasons, he said he is open to looking outside the top leagues when it comes to making his next managerial move.

"People ask me sometimes: 'How about the Premier League?' and I say: 'Well actually I'd like to go to Australia,'" Valverde said at the Bilbao International Football Summit on Thursday.

"A career in football does not last forever and sometimes you think you have to take the opportunity to live in strange places."

Valverde's career took him to some of Spain's top clubs such as Valencia and Athletic Bilbao as well as two stints in Greece at Olympiakos.

Making his first media appearance since being replaced by Quique Setien at Barca, Valverde expressed his admiration for former player Andres Iniesta's decision to move to Japanese side Vissel Kobe when he left Barca in 2018.

"I applauded Andres when he told me he was going to Japan. I thought: 'Wow, he gets to understand a different culture and different people,' and I am also very interested in Japan," Valverde, who outside of football is a keen photographer, added.

"You can take great photos in Japan. There are many places I would like to go. We will see what I end up doing. I haven't been out of work for very long so I don't have to decide anything yet, I haven't got a very clear idea at the moment.

"It's possible I would go somewhere abroad. The truth is I like to do strange things so I wouldn't rule it out."