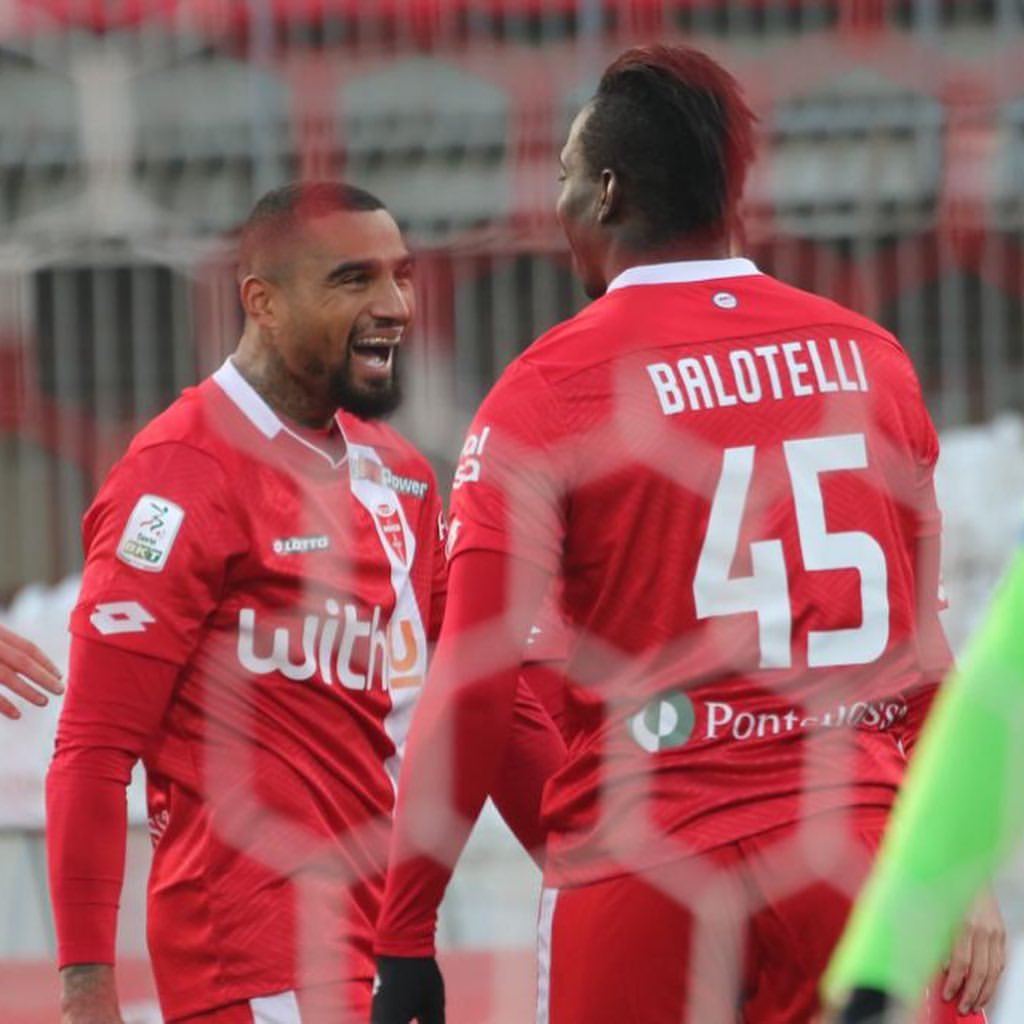 AC Monza defender Giulio Donati has hailed Kevin-Prince Boateng and Mario Balotelli for their influence on the club.

Boateng joined the Italian second-tier side as a free agent in the summer.

The 33-year-old has quickly established himself as an instrumental figure at the club in the ongoing Serie B campaign.

He was joined in Lombardy by former AC Milan teammate, Mario Balotelli during the winter transfer market.

The pair have struck a clairvoyance in attack for the Red and White lads in their top-flight promotion push.

In the wake of the win at Chievo Verona, Donati acknowledged the importance of the two players to Christian Brocci’s side.

“Both Balotelli and Boateng have played in important football, but they arrived here with zero presumption.”

“They want to help the youngsters. We just lacked malice. Now we have to pass the litmus test,” the ex-Bayer Leverkusen right-back told DAZN.

Boateng was named Serie B Player of the Month for December after an explosive four week spell.

The former Tottenham and Milan ace contributed two goals and two assists as Monza recorded five wins and a draw after eight league matches in the month under review.