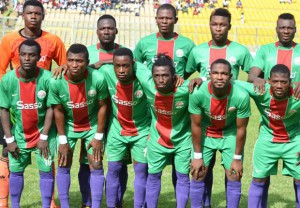 Techiman City and New Edubiase have threatened to pull the plugs on their involvement in the top-flight over financial difficulties.

The Ghana has been embroiled in a blame game with clubs over the latest stand-off as the harsh economic conditions continue to bite.

But former Berekum Chelsea director Nana Oduro Sarfo has lashed out at the club for their 'lazy' attitude in securing their own sponsorship.

"They should not rely on the Ghana Football Association.

"The league clubs need to brand themselves well for corporate bodies to come to their aid."

The top-flight is without a headline sponsor, after Capital Bank cancelled last January their $2 million per-season sponsorship package.