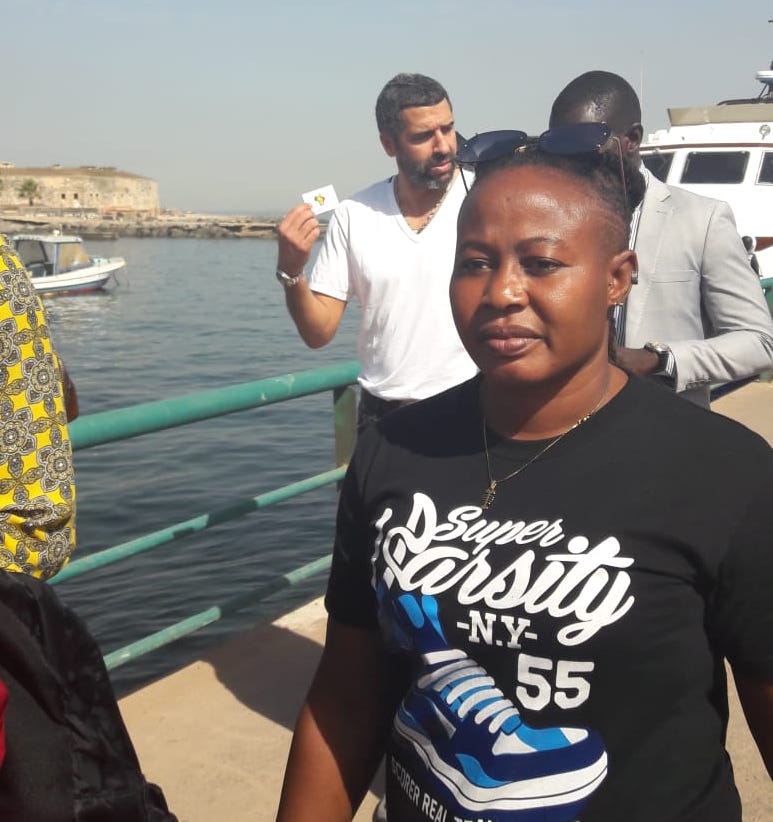 Ex-Black Queens captain Adjoa Bayor is among African football queens in Dakar, Senegal ahead of the 2018 AITEO CAF Awards.

Bayor, 2010 African Women’s Footballer of the Year, was seen in the company of retired stars Mercy Akide, Perpetual Nkwocha just to mention a few

The female queens visited the island of Gorée which lies off the coast of Senegal, opposite Dakar.

The Heritage Centre was the largest slave-trading centre on the African coast.

All the stars have gathered in the Senegalese capital for the Awards ceremony which will be held at the Centre international de conférences Abdou Diouf (CICAD) on Tuesday, 8 January 2019.