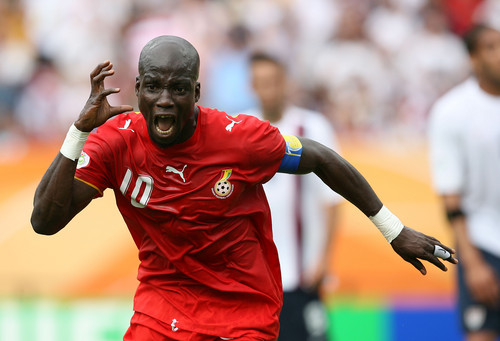 Former Ghana international Stephen Appiah has expressed fulfillment with what he achieved as captain of the Black Stars despite not winning any trophy with the team.

The 39-year-old was Ghana's captain as the Black Stars featured at their debut World Cup appearance in 2006, also going ahead to play at South Africa 2010 four years later.

Having retired from the Black Stars later in 2010, the former Juventus man was a member of Ghana's team for the 2014 World Cup in a non-playing capacity.

In 2017, he was named as technical coordinator of the Black Stars, a role he held until December last year.

Appiah was quizzed whether he sees his time with the four-time Africa champions as a failure having failed to lead them to win any title.

"I didn't win any trophies. People won trophies but their target was always to play in the World Cup. So far as we qualified to the World Cup it was successful. I would have also loved to win an African Cup of Nations," Appiah stated on Joy FM.

Appiah played for Udinese, Parma, Brescia, Juventus, Bologna and Cesena for a total of about 11 years in Italy.