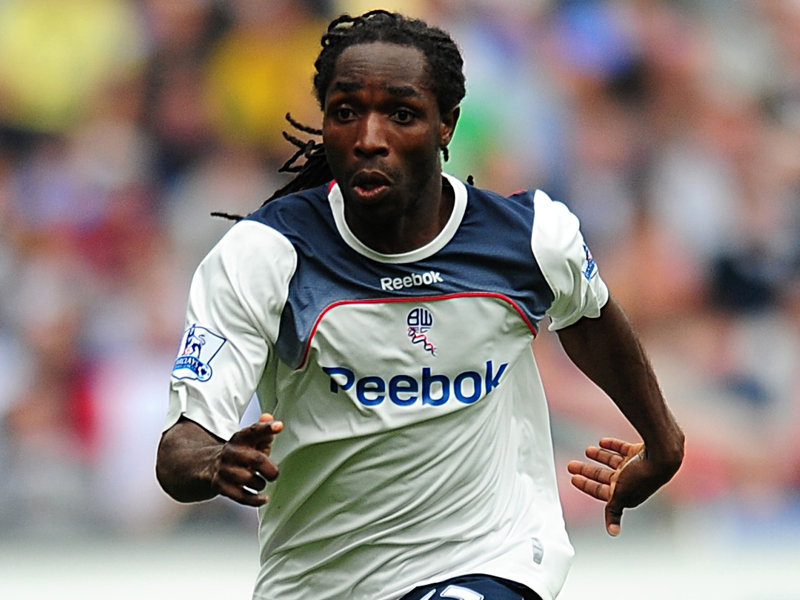 Riga did not only browbeat the vociferous journalist but also warned of dragging him to the police after he has physically dealt with him.

Riga, 35, who previously played for former Premier League outfit Bolton Wanderers and La Liga side Levante is alleged to have already engineered the beating of one journalist in Sunyani called Raymond Yeboah during an end of year party he organized for his team.

The lawless president of the BA United who is married to one of the Queenmothers of the Sunyani Traditional Area organised an end of year party for his side at his resident and invited journalist including Raymond Yeboah who was eventually beaten mercilessly.

Despite the inhuman action meted out to Raymond, Riga in a telephone conversation threatened to drastically beat up Alhassan Saeed Zakito and also drag him to the police for criticizing his style of leadership.

“This is the last time I’m warning you so be careful and don’t mention my name again. If you have any issue, face me. I will beat your f**king ass, you hear what I’m telling you?” Riga is quoted to have said in a leaked audio.

“Don’t mention my name again and I’m serious. You can face my wrath if you do so again,” he added.

Several questions have engulfed the character and conduct of Riga following the incident as he was fingered in a match-fixing scandal by one of his players.

The former Premier League player who is expected to know better about football management has reduced the running of the club to shameless banters with players and journalists, threatening to ruin the careers of some of his players and beating journalists as well.

His quest to see his side qualify for the Ghana Premier League saw his side register a dubious 5-2 win over Berekum Arsenal after going down by 2-0 in the first half, a game his own player revealed was fixed.

Riga has numerously accused the Ghana FA of corrupt practices in the ruining of the Ghana Premier League but does not come with clean hands to as he stands accused himself.