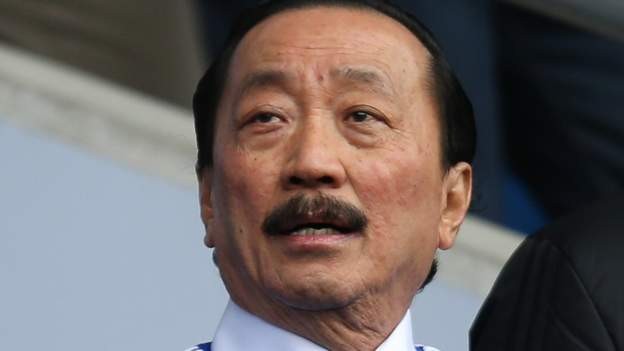 Minority shareholder Michael Isaac and Tan have been involved in a bitter personal dispute that has lasted for a decade.

Isaac had claimed that his stake in Cardiff City had been unfairly diluted.

The seven-day hearing was held in the Business and Property Court in February, with the judgement handed down on Friday, 29 July.

Justice Johnson described how the "five to two" share offer was agreed by the board of directors in May 2018 and saw Tan's holding increase from 94.2% to 98.3% of the club.

Isaac alleged that the deal was orchestrated by Tan due to a personal vendetta and the board had "rubber-stamped" the arrangement without proper scrutiny.

Tan and the Cardiff City holding company had denied the allegations and insisted the share offer was entirely regular and in the best interests of the club.

Isaac's legal team argued that he was entitled to relief or compensation due to the way he had been unfairly treated, and that Tan should buy out his former 3.97% shareholding at the disputed May 2018 value of £1.6m.

But an expert witness called by Tan's legal team said that the true value of Isaac's shareholding at the time had in fact been nil.

The judge assessed that Tan was motivated by both his desire to fulfil a pledge on club debts through an equity swap and also by a feeling of personal animosity to Isaac - which he likened to "killing two birds with one stone".

Justice Johnson concluded that he did not detect "anything unlawful or unconscionable in Mr Tan acting in the way he did, even if he was motivated by a personal feeling of vindictiveness against Mr Isaac".

The judge also concluded that the board members were acting with a legitimate commercial purpose in mind when they approved the share deal, as it made sense to clear the debts owed to Tan and improve the balance sheet.

With no finding of liability against Tan or the holding company, Isaac would not be entitled to any remedy.

The judge added: "He [Isaac] has plainly been bruised by his dealings with Mr Tan and feels that he has been badly treated. That sense of conviction in his position came across clearly in his evidence.

"Regrettably, in light of my findings as to Mr Tan's motivations, I have come to the conclusion that Mr Isaac's allegations of unfair prejudice are not made out."