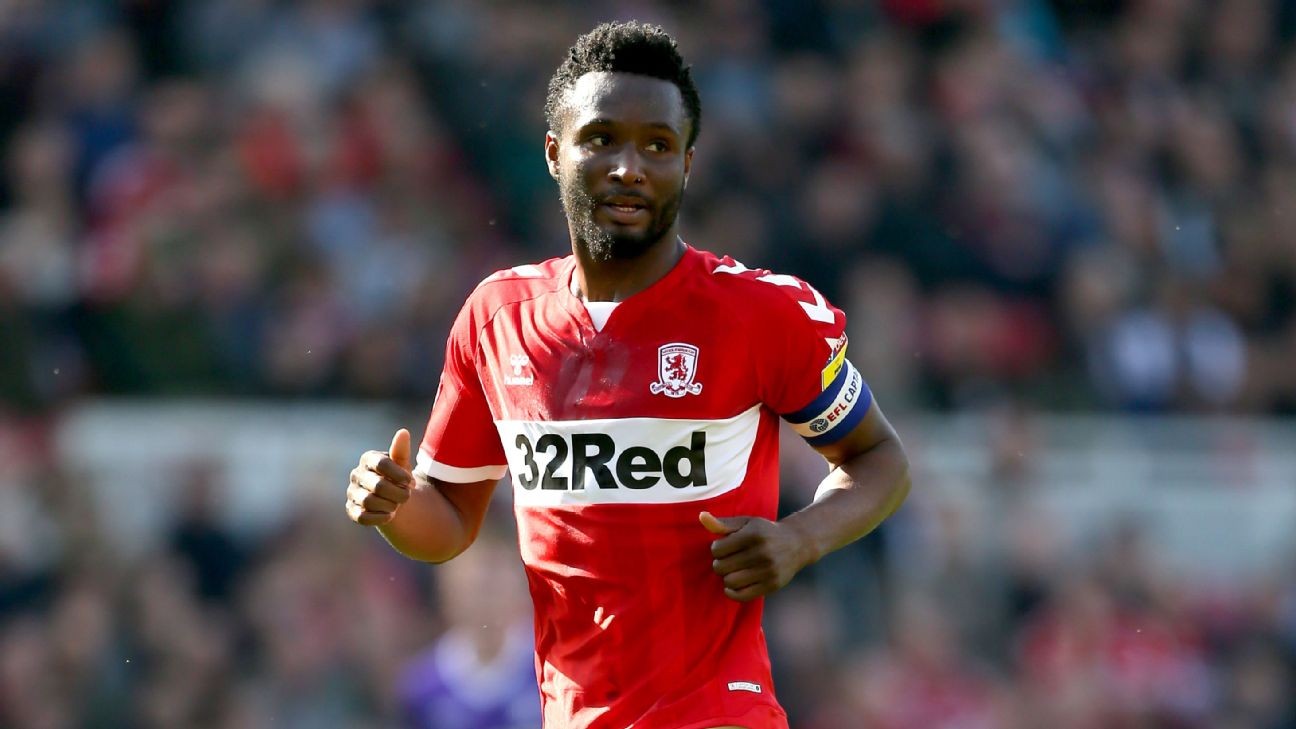 John Obi Mikel is closing in on a return to the Premier League with a source telling ESPN FC that the former Chelsea star is considering multiple offers from around the league  and could make a decision before heading off to the Africa Cup of Nations with Nigeria.

Mikel, 32, left Chelsea on a free transfer for Tianjin TEDA in the Chinese Super League in 2017 after spending 10 years with the Blues but returned to England two seasons later on a short term deal with Middlesbrough.

With Boro's season over and no promotion, a source close to the Nigeria international said he has received multiple offers to return to the Premier League, including newly-promoted Norwich and Sheffield United.

"There are some options right now, and a few more we expect to see over the coming days," the source told ESPN FC. "Once all the options are on the table, he will make a decision."

That decision is likely to be made before the Africa Cup of Nations Finals.

Mikel has just been recalled to the Nigeria squad after nearly one year out, and is expected to lead his country to the Africa Cup of Nations finals.

"He will most likely make the decision before the finals, although that will depend on what is on the table," the source added.