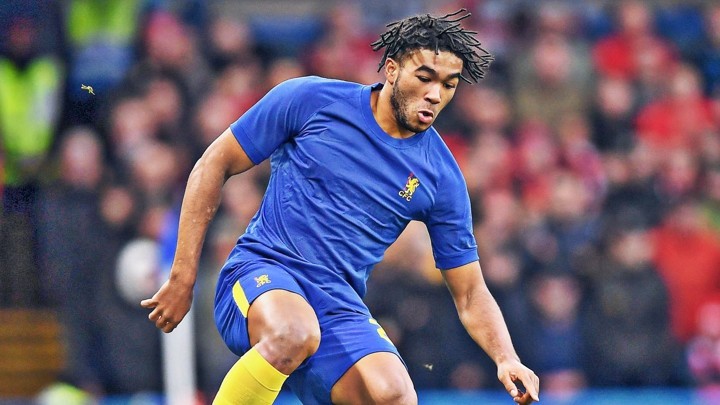 Former Chelsea defender Frank Sinclair believes Reece James has more to his game than Liverpool's Trent Alexander-Arnold, insisting he is a better defender.

James has broken into the Chelsea first team this season under Frank Lampard, making 21 appearances domestically and also playing five times in the Champions League.

Comparisons between the playing styles of the Chelsea defender and Liverpool's Alexander-Arnold are difficult to escape, with the pair likely to battle – alongside the likes of Kieran Trippier and Aaron Wan-Bissaka - for a place in the England team for years to come.

Alexander-Arnold has made nine appearances for England to date, while James is yet to make his senior debut.

Sinclair – who made 169 appearances for Chelsea between 1990-98 – acknowledges it will be a difficult task for James to stay ahead of Alexander-Arnold, but believes he's got more to his overall game, particularly defensively.

The 48-year-old also said he has been aware of the promising defender for some time and is most impressed by his versatility.

Speaking to GentingBet, Sinclair said: “I've been aware of Reece James for a number of years after speaking with [Chelsea assistant manager] Jody [Morris] about the talent coming through the system at Chelsea.

“The one thing about James is that he can play all across the back four but he can play in the midfield as well.”

Where James has assisted just two goals in the Premier League this season, Alexander-Arnold has assisted 12, a feat Sinclair notes makes him challenging to rival.

“It's going to be a big ask for James to rival Trent Alexander-Arnold given the way that he is performing for Liverpool,” Sinclair said. “But I do see faults in Trent's game.

“Defensively, Reece James is a better defender than Alexander-Arnold at the moment. But it is hard to find a full-back that produces as many assists in Europe than Trent does for Liverpool.”

Sinclair conceded that, as things stand, James will likely be behind Alexander-Arnold in the pecking order. However, the former Blue does believe it will be a closely-contested battle.

“Alexander-Arnold will likely command the right-back position for England for the next five or six years," Sinclair conceded. "But Reece James will certainly push him, especially once he has gained more experience in the Premier League.

“As an all-round full-back, I think there is more to his game than Trent; he is good going forward but he is also very strong defensively.”