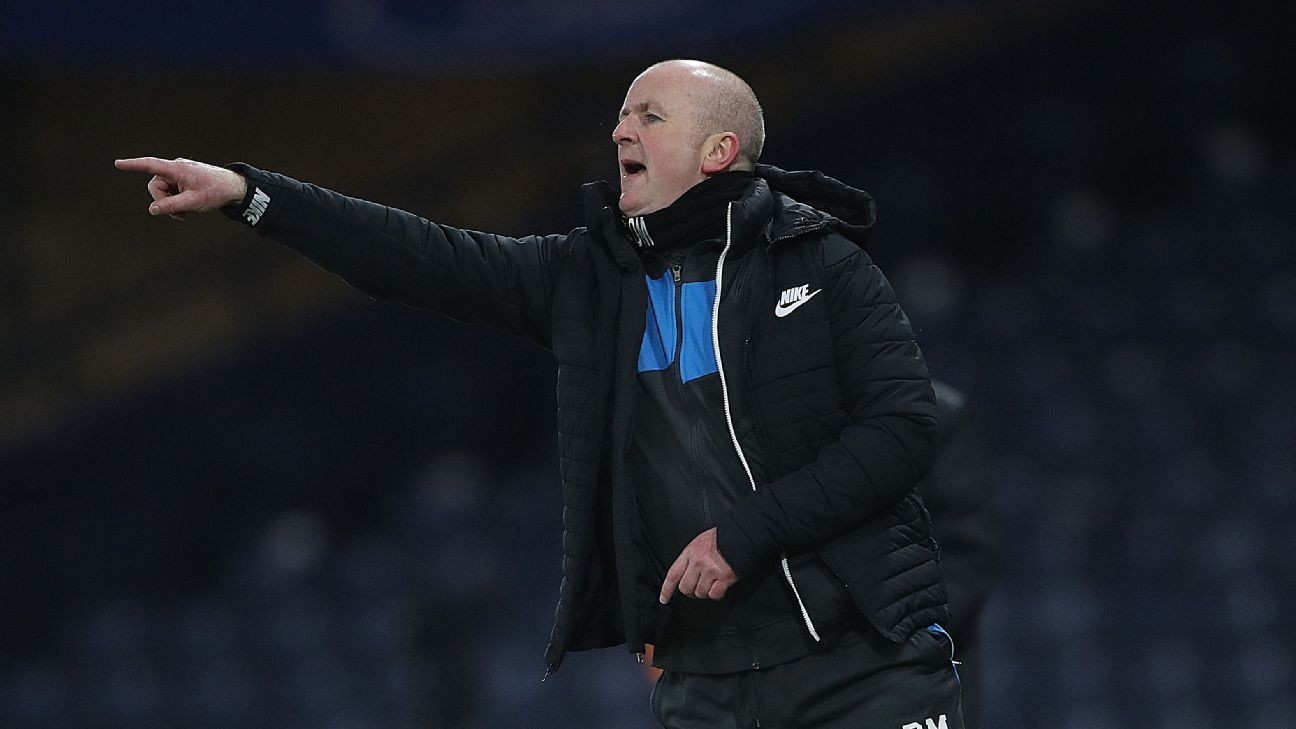 David Martindale has been approved to continue as Livingston boss after a SFA hearing. Photo by Ian MacNicol/Getty Images

Livingston boss David Martindale has been cleared to continue in his managerial role at the club after the Scottish Football Association (SFA) approved his appointment despite his previous criminal past.

Martindale was sentenced to six-and-a-half years in prison in 2006 over drugs and money laundering charges.

The 46-year-old faced an SFA hearing on Tuesday where he was declared a "fit and proper person" to continue managing the Scottish Premiership side.

Martindale was appointed in November to replace Gary Holt and has guided the team to nine wins and two draws during his spell in charge.

A club statement read: "The club is delighted that a positive outcome has been reached, one that allows us to draw a line under this particular episode and gives David the chance to fully focus on his role as manager of the football club.

"We believe this to be the correct outcome and think it sends a positive message across society."

Livingston are fifth in the league table and progressed to the League Cup final with a 1-0 victory over St. Mirren on Sunday.

"I would like to go on record thanking everybody at the SFA, SPFL and more importantly I'd like to thank every single person on social media -- the fans, pundits and media for their support," Martindale said.

"A big thank you also to Hannah Bardell MP, Angela Constance MSP and Professor Phil Scraton and I'm delighted that the SFA has given me a chance to progress my career with Livingston Football Club."