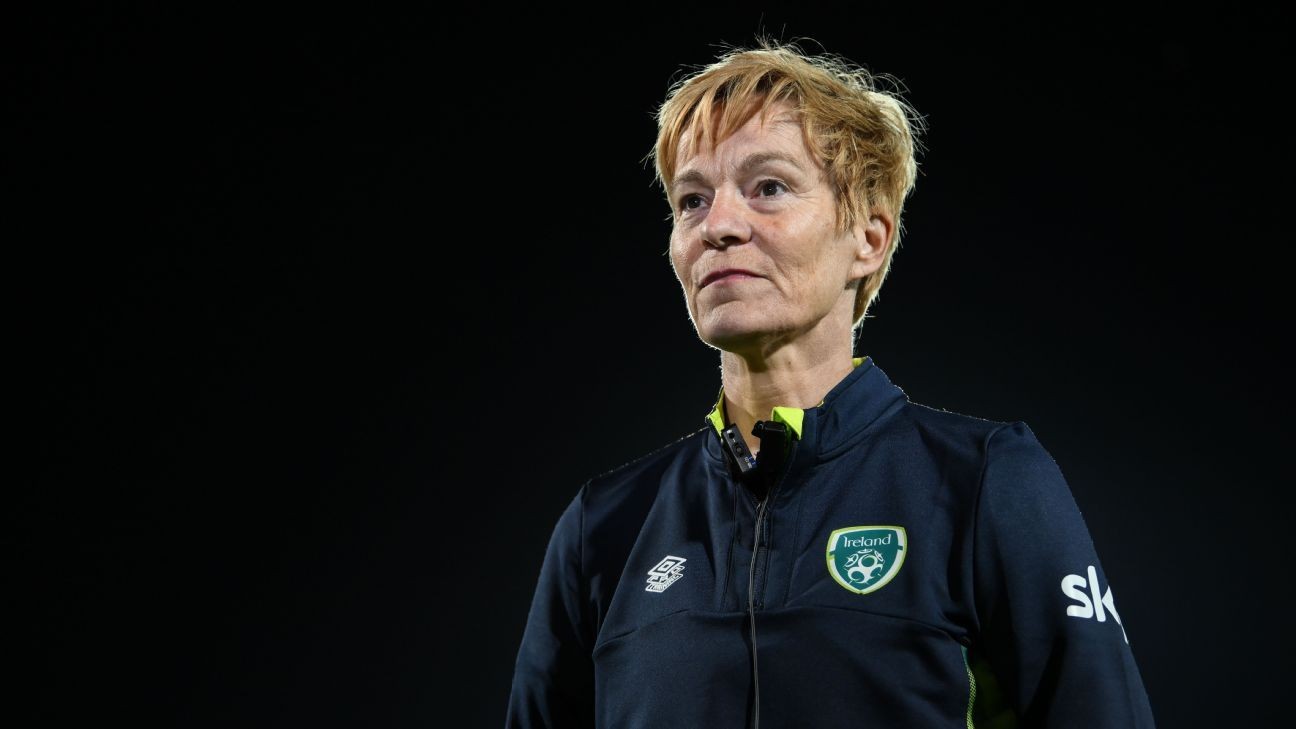 Former Netherlands international Vera Pauw said on Friday she was sexually abused by three men employed within Dutch football when she was a player, which she has recently reported to the police feeling that she got no support from the Dutch FA [KNVB].

The 59-year-old Pauw, who is now the Ireland women's national team coach, played for the Netherlands from 1984-1998. She then began her coaching career with Scotland women's team, moving to coach the Netherlands in 2004 for six years. She also spent a year as head coach of the NWSL's Houston Dash in 2018.

"For 35 years I have kept a secret from the world, from my family, from my team mates... and, I can now accept, from myself," Pauw wrote in a statement published on Twitter.

"Even those closest to me have not known of the rape I endured at the hands of a prominent football official when I was a young player. Later two sexual assaults by two other men were added to this record."

All three men were employed within Dutch football at the time of the incidents, Pauw said.

Pauw added that only those she trusted have known of the "systematic sexual abuse, abuse of power, bullying, intimidation, isolation and framing" she was exposed to as a player and coach in Dutch football.

"For the past number of years I have tried to have my case heard in a fair and just manner by the football authorities in the Netherlands but to no avail," Pauw said.

"That already feels like the beginning of the end for me but I know there will be more heartache to come.

"But [I] also hope that other young footballers and coaches who were exposed to anything like [what] I suffered will now feel brave enough to come forward and share their stories."

The Dutch FA said in a statement sent to Reuters that it was told by Pauw of her experiences last year, and together with her had decided to start an independent investigation.

"This investigation has shown that the KNVB should have done a number of things differently. Sadly, Vera in the past has been confronted with a number of errors of judgement and harmful remarks by [former] employees," it said.

The KNVB added that the report also showed it had failed to adequately respond to first signals relating to sexual abuse given by Pauw in 2011.

However, according to the KNVB, during last year's investigation Pauw had made it clear she did not want to follow up on the allegations about sexual abuse.

"We respected that choice. Our intention was to protect Vera", the KNVB said. "But we should have chosen a different path."

The KNVB said it would try to implement the recommendations given in the report and would try to work out a form of compensation for Pauw.