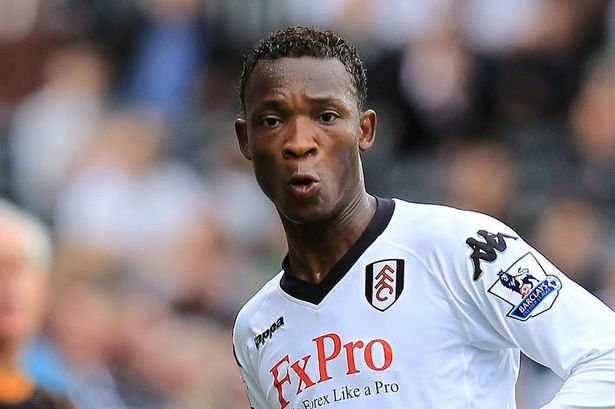 Ex-Fulham FC and Ghana defender John Paintsil has expressed his excitement over the club's return to the English Premier League for the 2020/2021 campaign.

Fulham saw off Brentford FC in the Championship play-off final with a 2-1 victory on Tuesday evening at the Wembley stadium.

The Cottagers are back in the English top-flight after just one season in the Championship.

They suffered relegation from the Premiership at end of the 2018/2019 season.

Paintsil took to his Instagram and Twitter pages to congratulate the team, the management and manager Scott Parker for securing promotion to the English elite division.

"Good Job Weldon….We are Back to stay🙏🙏🙏🙏@fulhamfc congratulations to the playing body and ofcourse the leading train Scott Parker and Management. Fantastic Fans we love you all for the…" https://t.co/YQSniWezuA

He played a significant role for the club when they finished as runners-up in UEFA Europa League in 2009/2010 losing in the final to Atletico Madrid.