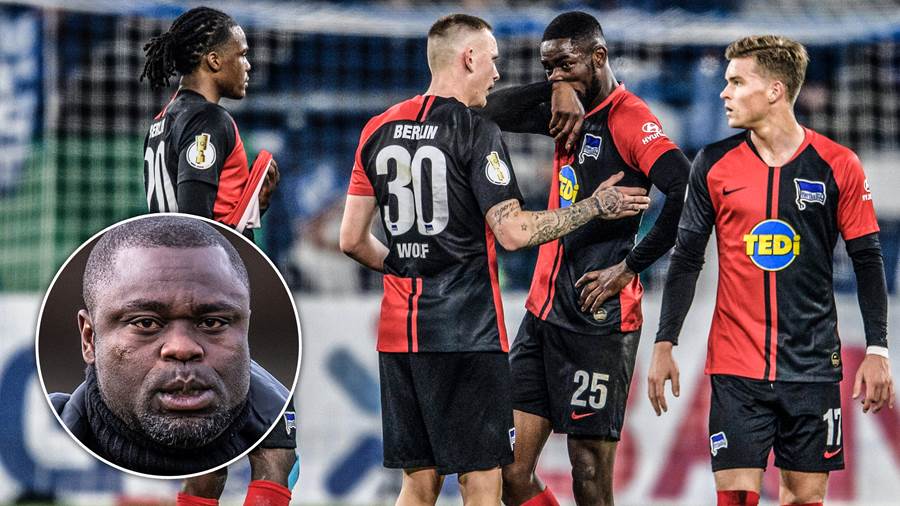 After the game had gone into extra time, Torunarigha was brought down in a sliding tackle and fell into Schalke coach David Wagner.

The Hertha defender, a German of Nigerian descent, then picked up a case of drinks and slammed it down, leading to his sending off for a second bookable offense.

Former international Gerald Asamoah has called for vehement action against racism after the Schalke incident .

"What can I say? It just disgusts me ... ", wrote the 41-year-old, who is now U23 manager at FC Schalke 04, on Twitter. "It is all the more important that we must not stop fighting against it!" Asamoah had worked for the Royal Blues for years during his professional career.