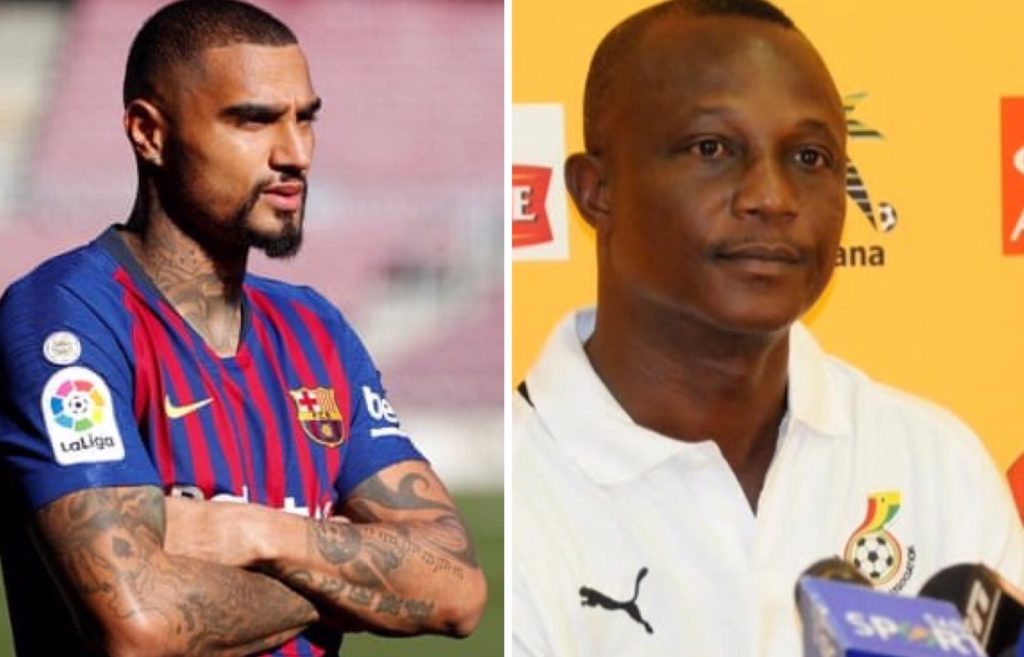 Ex-Ghana coach Kwesi Appiah has lashed into ex-international Kevin-Prince Boateng in his biography for cherry-picking matches during his stint with the national team.

Appiah claimed in his book: ''Leaders Don’t Have To Yell'',  the German-born was never committed to play for the Black Stars

The pair fell out in camp at the 2014 FIFA World Cup finals in Brazil and the mild-mannered coach dispelled the former Portsmouth and AC Milan star.

Boateng launched an F-word attack on Appiah during a training session and had to be banished from the team's camp base.

He was later handed an indefinite suspension by the then Ghana Football Association Executive Council.

''Kevin is a good player, and I welcome his contribution if he can help the team win. However, it is not lost on me that he has a pattern of choosing to play for Ghana when it suits,'' Appiad said.

Appiah has more revelations in his 400-page book during his tenure, on two occasions, as Ghana coach.