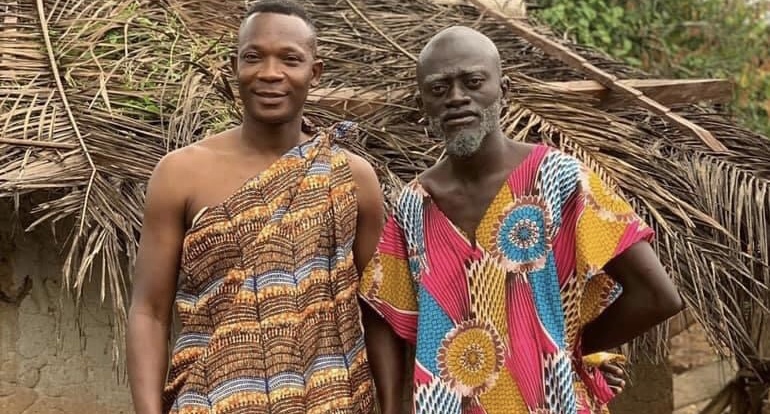 Former Ghana International John Paintsil has disclosed  that he is not going into full time acting after pictures of him and popular Ghanaian actor Kwadwo Nkansah “lilwin” surfaced online.

The former West Ham and Fulham defender confirmed playing a role in the TV series which is yet to be premiered.

The picture which went viral sparked rumors on whether the retired footballer had switched to acting.

John Paintsil in an interview  confirmed that he only went there to support a colleague.

“I have not joined the movie industry. My friend called me to come and help him”, he told Happy FM.

“Acting is not my thing, I just went to support Lil Win. So I played the role that was given to me”.

He added: “I am ever ready to help or support any colleague who calls me to come and help him and it vice versa as I will also need him to do something for me in the future”.