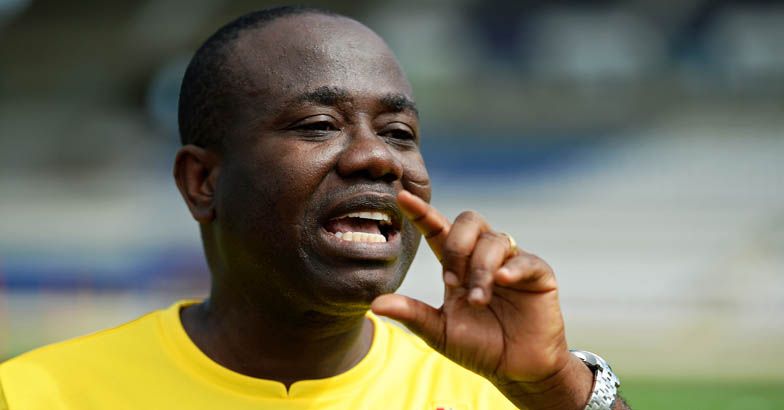 Former Ghana FA president Kwesi Nyantakyi is of the opinion that Ghanaian clubs can perform well in Africa by recruiting quality players and also getting the qualified technical brains.

Ghanaian clubs have failed to make any impact in Africa in the last decade.

Asante Kotoko is the only Ghanaian club to have reached the group stage of any of the CAF Inter-club competition in the last four years.

The former CAF first Vice-president said, government giving the clubs some financial incentives will also be a big boost in helping the them to perform in Africa.

Nyantakyi was speaking in an interview with Kings TV GHSports on some reasons affecting the poor performance of Ghanaian clubs in Africa.

"I feel the quality of players is also a problem. Asante Kotoko sold all their quality players to teams they will be competing with. So if you sell these players to your competitors you don't expect to do well".

"I feel we must invest in players and the technical team so they can train the players well, it is very important. It's all about money and we need a way to support teams playing in Africa by giving them some financial incentives.

The then Sports Minister under President Kuffour's government, Mr Osafo Marfo set up a revolving fund in 2006 to help any team going to Africa with the main expenditure that is airfare and accomodation. That year Berekum Arsenal and King Faisal played in the CAF Confederation Cup and Hearts of Oak and Asante Kotoko played in the CAF Champions League.

"Berekum Arsenal and King Faisal didn't reach the group stage but Hearts of Oak and Asante Kotoko did but they did not pay the money so the Fund collapsed.  It was one of the ways government wanted to help in supporting the clubs in Africa, the FA were just facilitators".